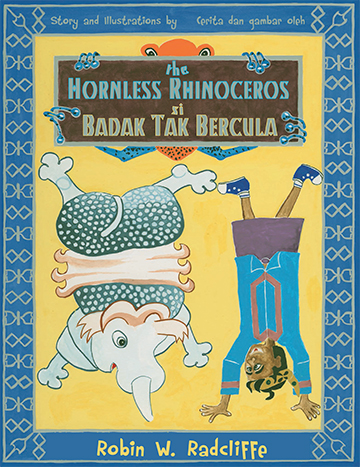 College of Veterinary Medicine researcher Robin Radcliffe wrote and illustrated a book for Indonesian children to raise awareness of native rhinoceroses that are being hunted to extinction.

“The Hornless Rhinoceros” follows an Indonesian boy into the rainforests of Asia as he helps the rhino and his friends uncover a jungle secret. The original tale teaches that the rhinoceros’ horn – a prized catch for poachers – has no curative properties. The book includes a forward by primatologist Jane Goodall.

The book was made possible by an award from the United States Fish and Wildlife Service's Rhino and Tiger Conservation Fund and with support from partners including Cornell’s Southeast Asia Program, the World Wildlife Fund and the Jane Goodall Institute.