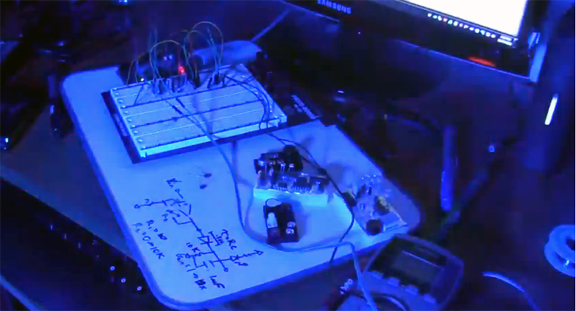 Jeremy Blum '12, M. Eng. '13, takes your breath away. He engineers 3-D printer electronics, builds traveling robots and creates control systems for houses. He's a YouTube sensation (5.7 million hits) who works to save the world from global warming. And now Jeremy Blum is an author. 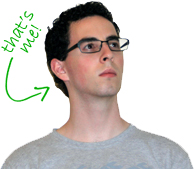 His new book, “Exploring Arduino: Tools and Techniques for Engineering Wizardry,” a romp through the Arduino microcontroller platform, can be pre-ordered through Amazon. Blum's how-to YouTube series, a cult classic, is all about Arduino (pictured above).

Are you an Arduino Luddite? Belly up to your computer spacebar, click over to YouTube and you'll find Blum teaching millions of people around the world about the flexible controller that allows you to make your own electronic gizmos. More than 37,000 people subscribe to his SCIGUY14  channel.

The MakerBot Digitizer 3D Scanner prototype announced at the South by Southwest Conference 2013? Blum designed the electronics and firmware. He presented the Aracna Quadruped Learning Robot at the 2012 Open Hardware Summit and in India earlier this year. At the Facebook Hack-A-Thon, Blum and Jason Wright '12, M. Eng. '13, put Facebook into a book, an entry so original, the judges jokingly called a new category “Best use of a book at a hack-a-thon.”

As a freshman, Blum built the electrical controls system for Cornell's “Silo” solar house at the 2009 Solar Decathlon in Washington, D.C. His new company, SUNN, creates light bulbs that improve human health and reduce energy consumption by up to 80 percent.

And for your future hotel stays, you can thank Blum, winner of Verizon Technology and GE Imagination Awards, for a novel hotel check-in system. Bypass the front desk, check in with your smartphone and use it to open the hotel room door.