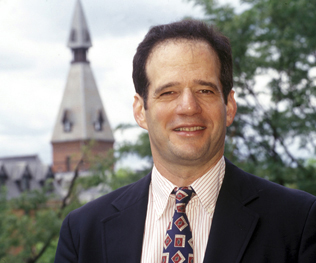 "Isn’t America going the way of Rome? So the op-ed writers and pundits are asking, as if the recent, seventeen-day U.S. government shutdown crisis and threat of a debt default is a sign of the American republic at its end." So writes history professor Barry Strauss Oct. 18 in an opinion piece for Fox News.

Strauss continues: "Rome had its oligarchs and populists, they say; we have ideological division and partisan deadlock. In the last days of the Roman Republic, Julius Caesar and Cato the Younger faced off first in the Senate and then on the battlefields of a civil war.

"Where will our impasse lead?"

Read the essay for Strauss' take on the state of the nation.