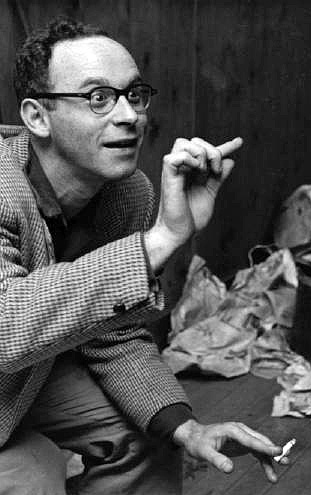 He directed several actors’ studios and was a professor of theater arts at SUNY Purchase and in Baltimore. In New York City, Witcover co-founded and was artistic director of Masterworks Laboratory Theatre, where he staged more than 30 productions; three of his off-Broadway productions won Obie Awards. He taught and directed many actors over the years, including F. Murray Abraham, Jane Alexander, Ernest Borgnine, Barbara Barrie and Jerry Stiller.

What Witcover considered his first “real” directing effort, however, was a production at Cornell that he co-authored and directed on the Willard Straight Theatre stage: “Once Upon a Hill: Or, What Happened to Mr. Cornell’s Cow Pasture,” featured in Ezra magazine last spring.

The 1946 music variety show – part vaudeville, part musical, part animated tableaux – was a campy tour of scenes and old-time songs through the earliest days of Cornell, from the university’s land-grant origins and its founding through the first Spring Day in 1901.

“I pillaged old songs of the period, and we put together a potpourri of local legends sugarcoating some historical facts,” Witcover wrote of the production in his 2011 autobiography, “My Road, Less Traveled: Becoming an Actor, a Director, a Teacher.”