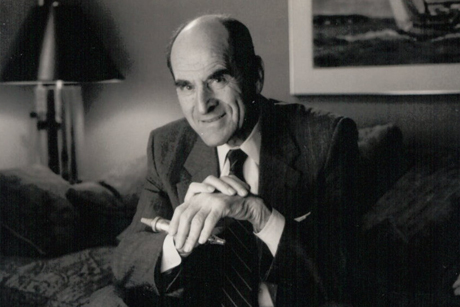 Jan. 31, 2005 Samuel W. Bodman III '61 is confirmed by the U.S. Senate as U.S. secretary of energy and takes office the next day. He led the Department of Energy with more than 100,000 employees until 2009. Before that, he also served the George W. Bush administration as deputy secretary of commerce 2001-03 and as deputy secretary of the treasury 2004-05. At Cornell, he was a member of Alpha Sigma Phi fraternity and the Sphinx Head Society.

Feb. 3, 1920 Henry J. Heimlich '41, M.D. '43, is born. He achieved fame as inventor of the Heimlich maneuver and has been an outspoken advocate for the controversial use of malaria to treat HIV, cancer and other ailments. At Cornell, Heimlich was the drum major of the Big Red Marching Band.

Feb. 6, 1928 An editorial in The New York Sun determines that Cornell is "the best college for the girl." The reasons included its distance from a major city, a healthy environment, high scholarship standards, adequate technical equipment, a lack of emphasis on social status and wealth, and coeducation. It noted that men and women "meet in classes but in general do not become more than mere acquaintances. ... The students are too busy to bother much with each other more than in a passing way."