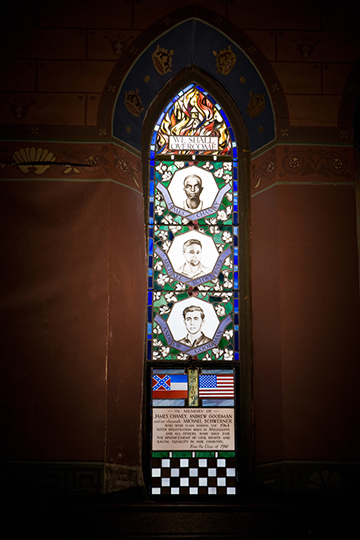 A memorial chimes concert will be held at 6 p.m. Saturday, June 21, atop McGraw Tower to mark the 50th anniversary of the murders of Michael Schwerner ’61, James Chaney and Andrew Goodman. They were killed in Mississippi June 21, 1964, while working in a voter registration campaign.

The half-hour concert will commemorate their commitment to the cause of equality, for which they gave their lives.

The concert is sponsored by the Schwerner Chaney Goodman Memorial Project at Cornell University, which has as its goal the building of an outdoor campus memorial to the three civil rights workers. Goodman’s parents were Carolyn Drucker Goodman ’36 and Robert Goodman ’35, Eng. ’39.