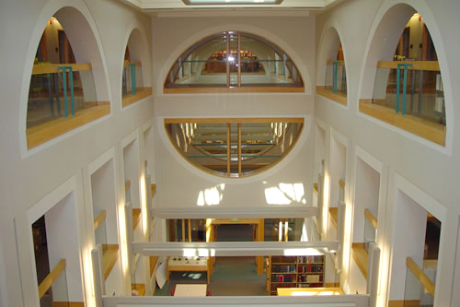 Aug. 24, 1992 The Carl A. Kroch Library opens its doors. Named for pioneering bookseller Carl A. Kroch '35, the building was designed to store rare and fragile materials and houses the Divisions of Asia Collections and of Rare and Manuscript Collections. Its underground vault is one of the most secure facilities on the Ithaca campus, providing a safe home to treasures, from a copy of Shakespeare's First Folio to the Gettysburg Address written in Lincoln's own hand.