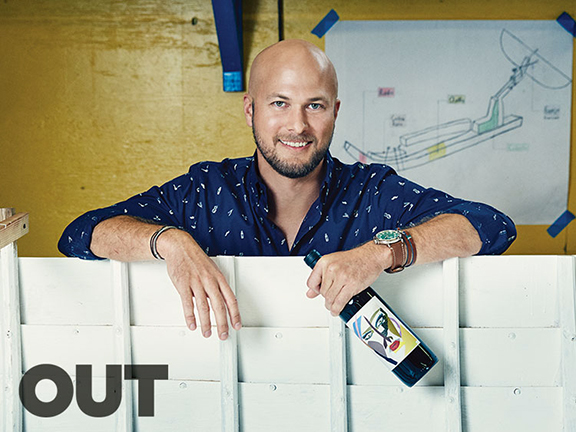 The magazine writes: "It’s not surprising that a kid who grew up on a cattle ranch in South Dakota would himself end up working in the fields, but Preszler’s journey to a Long Island winery turned on a simple choice he made as a student. Invited to decide between two research grants at Cornell, one to examine Holland’s flower industry, and the other to analyze the market for New York wines, Preszler chose the latter. The result was a 300-page master’s thesis that won him an award from Cornell and a job offer from Bedell Cellars, where Preszler quickly put his insights into practice.

Today, Bedell is one of the stars of American wine: Its 2009 merlot was served at President Obama’s 2013 inaugural luncheon. Another distinction? Bedell regularly invites some of America’s most acclaimed artists, such as Chuck Close, Ross Bleckner and Mickalene Thomas, to design its wine labels, treating each commission as a unique portrait of the wine’s essence."