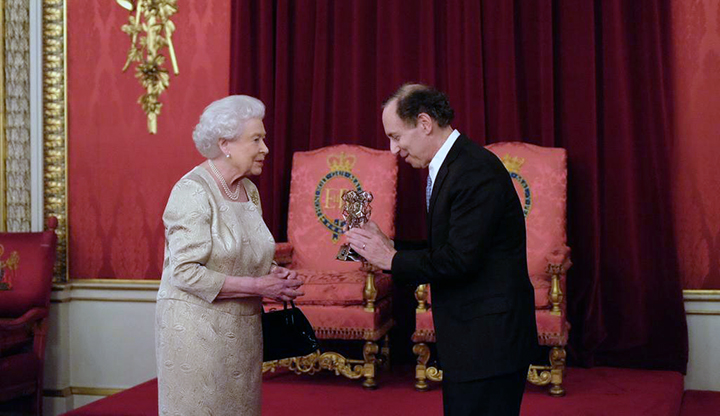 The Queen of England presented Robert Langer ’70, the 2015 Cornell Entrepreneur of the Year and a former trustee, with the Queen Elizabeth Prize for Engineering Oct. 28.

According to the prize website, “The ground-breaking chemical engineer Dr. Robert Langer has been awarded the QEPrize for his revolutionary advances and leadership in engineering at the interface with chemistry and medicine.

"Dr. Langer was the first person to engineer polymers to control the delivery of large molecular weight drugs for the treatment of diseases such as cancer and mental illness. Over 2 billion lives have been improved worldwide by the technologies that Dr Langer’s lab has created.”