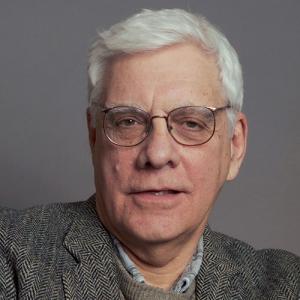 New materials in an online archive on progressive cities – cities that plan development in consideration of social issues such as income disparity – shed light on the history of the progressive movement and the early career of presidential candidate and Vermont Sen. Bernie Sanders.

The digital collection was developed by Pierre Clavel, professor emeritus in the College of Architecture, Art and Planning’s Department of City and Regional Planning, in partnership with Cornell University Library, in 2013. Clavel has been adding to the archive, particularly materials pertaining to the development of the cities of Cleveland, Berkeley and Burlington, where Sanders was mayor from 1981 to 1989.

“Sanders got national press for being a socialist; he was less well known for being a mayor who got things done and paved the way for more than 30 years of progressive government in Burlington,” said Clavel, whose work can also be seen on his website, ProgressiveCities.org.

The collection archives materials such as journal articles, newsletters and documents from conferences that are not always fully chronicled in mainstream sources.

“For the most part, cities don’t do what we now call ‘progressive.’ They don’t worry about the distribution of wealth and income between the rich and the poor,” Clavel said. “These are examples of cities which early on went in a different direction. This collection points out the alternative.”

The original version of the collection included hard-to-find materials from the Conference on Alternative State and Local Policies, providing a glimpse into the minds of progressive advocates at a seminal moment in the mid-1970s.

The digital materials complement Clavel’s physical collection held by the library’s Division of Rare and Manuscript Collections, which he has been developing since 2005.