Students are getting a taste of New York history at North Star dining hall. 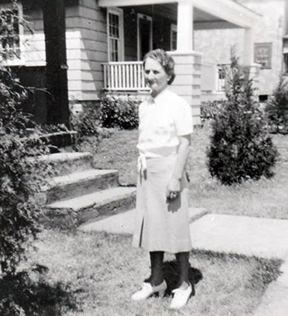 When stage actress May Irwin dined there one summer, she tasted it, loved it and dubbed it “Thousand Island” dressing. Sophia gave her the recipe. Returning to New York City, Irwin gave the recipe to George C. Boldt – owner of the Waldorf Astoria and a noted Cornell trustee, who added the dressing to the Waldorf’s menu.

On Dec. 13, 1932, Cornell dedicated Boldt residence hall on West Campus in honor of George Boldt. He and famed maître d’ Oscar Tschirky are credited with popularizing Thousand Island dressing and the Waldorf salad.

But it was created by Sophia LaLonde, and in recent years it has been served at the sesquicentennial dinner and at President Elizabeth Garrett’s inaugural festivities and trustee dinners.