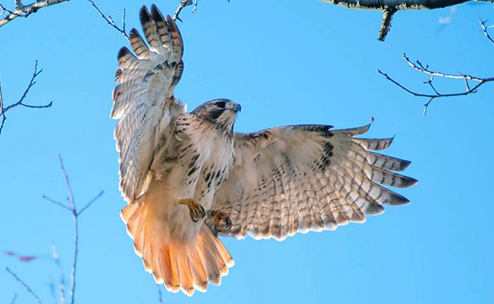 To the dismay of many bird-lovers on Cornell’s campus and elsewhere, Ezra, the hawk made famous through the Cornell hawk-cam, died March 19.

On March 18, the Janet L. Swanson Wildlife Health Center received an injured red-tailed hawk who was later identified as Ezra, and who had been found near the A.D. White House on campus. After examining him and taking X-rays, veterinarians determined that his severe wing fracture could not be repaired and flight would never again be possible. They made the difficult but humane decision to euthanize him.