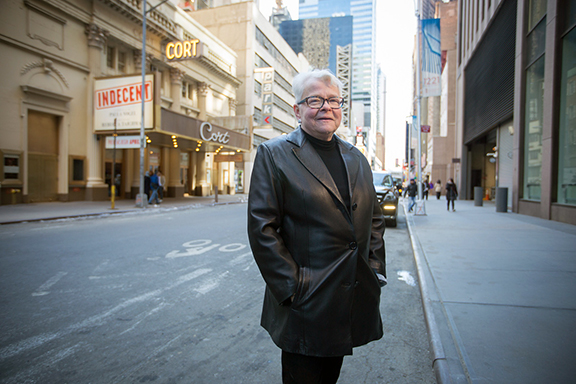 "Indecent" was nominated for the Tony Award for Best Play May 2, the latest in a slew of nominations for playright Paula Vogel, M.A. ’76, Ph.D. ’16. Her producer, Dana Lerner '14, was also nominated.

Vogel's play tells the of Broadway's first lesbian kiss in “The God of Vengeance,” a 1906 Yiddish play that resulted in the cast and producer being arrested on obscenity charges.

Vogel will receive the Obie Lifetime Achievement Award May 22.

Elsewhere on Broadway, three other Cornell alumni have been nominated for 2017 Tony Awards:

Sam Gold '00 for Best Direction of "A Doll's House," Howard Kagan '84, producer of Best Musical nominee "Natasha, Pierre & The Great Comet of 1812" and Jennifer Tipton '58 for Best Lighting Design on "A Doll's House."