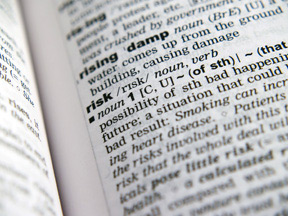 For more than 100 years the standard view among traditional language theorists was that, with the exception of onomatopoeia like "fizz" and "beep," the sound of a word tells us nothing about how it is used. This seemingly arbitrary relationship between words and their meaning in human language is hailed as singular to our species.

A new Cornell study takes that view to task.

"What we have shown is that the sound of a word can tell us something about how it is used," said Morten Christiansen, associate professor of psychology at Cornell. "Specifically, it tells us whether the word is used as a noun or as a verb, and this relationship affects how we process such words."

Christiansen, along with Thomas Farmer, a Cornell psychology graduate student, are co-authors of a paper about how the sounds of words contain information about their syntactic role. Their work will be published in the Aug. 8 print issue of the Proceedings of the National Academy of Sciences (PNAS).

To determine if the sound (phonology) of a word can indicate whether it is a noun or a verb, the researchers assessed the sounds of more than 3,000 nouns and verbs and analyzed their "relatedness" to one another.

"Nouns that are typical of other nouns in terms of what they sound like are processed faster, and similarly for verbs that have sounds typical of verbs," said Christiansen. "We show that such phonological typicality [sound relatedness] affects both the speed with which we access words in isolation as well as when we process them in the context of other words in a sentence."

In one experiment, the researchers asked Cornell undergraduate volunteers to read sentences with noun-verb homonyms -- word-forms that can be used both as a noun and as a verb. For example, "hunts" can be used as a plural noun ("the bear hunts were terrible") or as a verb ("the bear hunts for food"). In two other experiments, words that normally only occur either as a noun or as a verb were used. For example, "marble" and "insect" are almost always used as nouns, while "await" and "bury" are almost always used as verbs.

In all experiments, subjects read sentences on a computer screen, one word at a time, and the time spent reading each word was recorded. The researchers found that adults use the relationship between how words sound and how they are used to guide their comprehension of sentences.

"Because of the usefulness of this relationship for language acquisition, we suggest that it becomes an intricate part of the developing language system," he said, adding that these findings also suggest that "phonological typicality may be universal to all languages." Next, Christiansen plans to study how brain processing is affected by phonological typicality using neuro-imaging methods.

Padraic Monaghan, a lecturer in psychology at the University of York, United Kingdom, also contributed to the study.