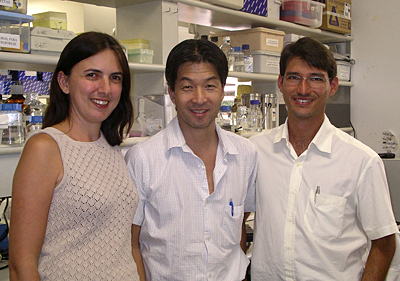 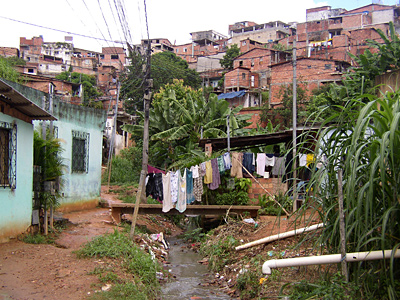 Provided
The Cornell-Oswaldo Cruz Foundation/Brazilian Ministry of Health community site where Ko and his team are researching rat-borne leptospirosis among urban slum residents.

Researchers at Weill Cornell Medical College have located a protein they believe is responsible for leptospirosis, a bacterial disease transmitted from animals to humans that infects a half-million people and leads to the death of up to 100,000 annually. The finding may help scientists create a vaccine to protect against the illness.

The protein is on the surface of the bacterium Leptospira interrogans, which causes leptospirosis.

"The disease is a major public health problem in urban slums of developing countries, such as Brazil," says Albert Ko, contributing researcher in the study and physician-scientist from the Division of International Medicine and Infectious Disease at the medical college.

The study, published recently in the Public Library of Science: Pathogens, shows that when a gene producing a protein called Loa22 is disrupted, the bacterium is rendered nonfunctional and unable to produce disease in guinea pigs. When the gene was reintroduced, the bacteria strains regained their virulence and ability to cause leptospirosis and death in guinea pigs.

In humans, leptospirosis is characterized by high fever, severe headache, chills, muscle aches and vomiting and may lead to jaundice, red eyes, abdominal pain, diarrhea or a rash. If left untreated, patients may develop kidney damage, meningitis, liver failure and respiratory distress, according to the Centers for Disease Control. Infection with the Leptospira bacteria can cause a severe pulmonary hemorrhage, which is associated with death in more than 50 percent of the cases with this syndrome. 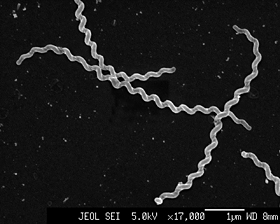 Provided
An electron micrograph of the pathogen, Leptospira interrogans, which is the cause of leptospirosis. The strain shown in the photo was obtained from a patient with severe leptospirosis in Salvador.

Leptospira interrogans is found in the urine of infected animals, putting people who work with or are around such animals as cattle, pigs, horses, dogs, rodents and wild animals at greatest risk for infection. In cities in developing countries, large epidemics of rat-borne leptospirosis occur each year during the rainy season.

The disease is diagnosed through blood and urine testing. Treatment includes a course of oral or intravenous antibiotics.

Ko is stationed at Oswaldo Cruz Foundation/Brazilian Ministry of Health in Salvador, Brazil, as coordinator of a collaborative research and training program on infectious diseases and urban poverty.