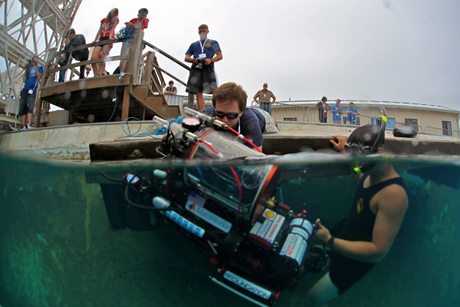 CUAUV
Team leader Markus Burkardt '14 helps a volunteer Navy diver get Ragnarök out of the water at the 16th RoboSub competition. 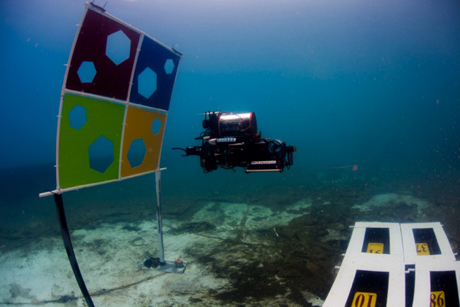 With their submarine, Ragnarök, the Cornell Autonomous Underwater Vehicle (CUAUV) project team won first place for the second consecutive year at the RoboSub student competition, which took place in San Diego July 22-28. It was CUAUV’s fifth win since 2003.

The prize for first place at the competition, hosted by the Association for Unmanned Vehicle Systems International (AUVSI) Foundation and the Office of Naval Research, netted $8,000. The students also won a Best Paper award, which came with an additional $500.

The competition, in its 16th year, requires student engineers to design and build an autonomous underwater vehicle that can navigate through an obstacle course. Obstacles include firing torpedoes at targets and manipulating and retrieving small objects. CUAUV was the only team out of 31 to complete all the tasks required in the finals.

Made up entirely of undergraduates, CUAUV has students from three colleges and 10 engineering majors.