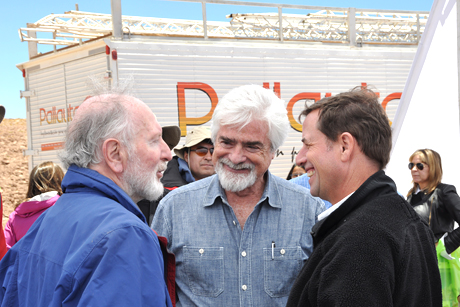 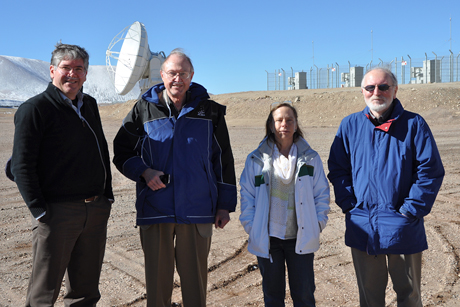 On Jan. 9 Chile’s government granted the use of land near the summit of the Cerro Chajnantor Mountain in the Atacama Desert to CCAT, a consortium of U.S., Canadian and German academic institutions, which plans to build the largest submillimeter telescope in the world on the site. Chile also granted the land necessary to build a road to reach the mountain summit.

Cornell is one of the leading institutions of the consortium, which also includes the California Institute of Technology, the University of Colorado at Boulder and Associated Universities Inc. of Washington, D.C. The CCAT project is financed by a combination of private and public sources, including the National Science Foundation.

“The Cornell leadership in CCAT is largely the result of financial support from Fred Young [’64, M.Eng. ’66, MBA ’66], who recognized the scientific potential of the project,” said CCAT project director Riccardo Giovanelli, Cornell professor of astronomy. “CCAT will be a splendid tool for the exploration of the origins of the building blocks of the universe: stars, galaxies and clusters.”

CCAT’s future site, 18,500 feet above sea level in northern Chile, was selected because of its extremely dry atmosphere and its geographical location – which permits observations of most northern and southern skies – and its accessibility through all seasons.

Because CCAT is designed to operate at millimeter and submillimeter wavelengths, an atmosphere nearly devoid of water vapor is necessary to minimize absorption of incoming cosmic radiation by water molecules, as well as their emission, which blurs the images of cosmic sources of radiation. CCAT will operate at wavelengths as short as one-hundredth of an inch, thus its optical surfaces need to be precise to a scale 20 times smaller than that. This degree of precision must be achieved over all its reflecting surfaces, including its 25-meter (82 ft.) diameter primary mirror.

CCAT will survey large areas of sky, aiming to detect the youngest galaxies, which presumably started forming less than a billion years after the Big Bang. Able to detect simultaneously thousands of sources of radiation at a time, it will characterize their structural properties, map their evolution through space and time, and monitor the chemical history of the universe. CCAT will work cooperatively with the nearby Atacama Large Millimeter/submillimeter Array (ALMA), which can image cosmic sources in exquisite detail, but only “one source at a time.” The synergy between the two facilities will be important, with ALMA exploring the details of the most interesting sources discovered by CCAT.

Construction of CCAT will begin soon after completion of an access road to the site. Groundbreaking will take place within a few months, and the telescope is projected to be operational by the end of 2019.

The CCAT land concession took place at the same time the government of Chile announced creation of the Atacama Astronomy Park, which will coordinate activities between the observatories in the Chajnantor region. The ceremony establishing the park was attended by Rodrigo Pérez Mackenna, Chile’s minister of public lands; representatives of government agencies and the U.S. Embassy; local administrators; and members of the scientific community.

Linda B. Glaser is the staff writer for the College of Arts and Sciences.