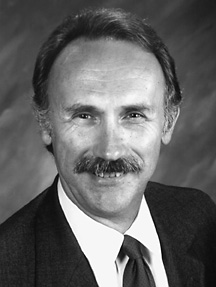 Cornell University President Hunter Rawlings today (Jan. 3) announced that he will recommend to the Board of Trustees the appointment of Harold D. Craft Jr. as vice president for administration and chief financial officer, effective Feb. 1, 2000.

Craft has served as vice president for facilities and campus services since 1993. The new position will replace that of senior vice president, now held by Frederick A. Rogers.

"I am delighted that Hal Craft will take on this new and additional responsibility," said Rawlings. "He joined the Cornell staff in 1971 and has a proven track record of organizational vision and administrative leadership. His many years of experience in both research and administration here at Cornell are a great asset to the university. His most recent role in overseeing the highly complex capital construction, rehabilitation and maintenance needs of Cornell has brought him into close contact with students, faculty and staff throughout the entire university. He is widely respected for his ability to work effectively with diverse groups both on and off campus and his budgetary discipline on projects large and small. He will be a key member of my senior staff."

Craft expressed his pleasure on being selected by the president for this new role: "Cornell has long offered me a series of rich, varied, and fascinating experiences, both as a student and as a member of the staff. Most rewarding have been those with the opportunity to view the university in its entirety and to be able to contribute in some tangible way to the success of this institution. In that spirit, I accept this new position with enthusiasm and look forward to continuing to work with all segments of the university in a variety of new challenges in the years ahead." Craft received a bachelor of electrical engineering degree from Cornell in 1961, a master of electrical engineering degree from New York University in 1963 and a Ph.D. in radio astronomy from Cornell in 1970. A member of the Cornell staff since 1971, he has served as director of the Arecibo Radio Telescope in Puerto Rico, director of the National Astronomy and Ionosphere Center, an adjunct professor of astronomy and associate vice president for facilities and business operations, in addition to his present position. While director of the Arecibo facility, he was a major participant in the telescope's first major upgrade and subsequently led its transition to capitalize on the instrument's new capabilities and into new areas of research.