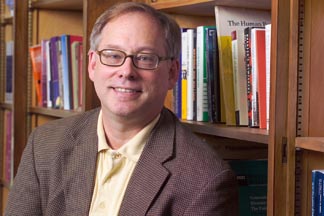 Unwed mothers are significantly less likely to marry and more likely to cohabit than women without children. If they do marry, their husbands are more likely to have poor job prospects.

According to a new study by a Cornell University researcher, the findings suggest that unwed mothers are less likely than other women to improve their socio-economic status through marriage. Thus, he believes, the Bush administration's "marriage promotion" policies may not be an effective way to reduce poverty and welfare dependency among women and children.

"We find that women who bear children outside of marriage are at a considerable disadvantage in the marriage market," said Daniel Lichter, professor of policy analysis and management and director of the Bronfenbrenner Life Course Center, both at Cornell. "Both the likelihood of marriage and the quality of marital partners are adversely affected by out-of-wedlock childbearing."

Lichter and two colleagues from Ohio State University, Zhenchao Qian, associate professor of sociology, and Leanna Mellott, a graduate student, analyzed 1980 to 1995 Current Population Survey data on 102,722 women, ages 18 to 34. They found that 5,136 of these women were cohabiting at the time of the survey, and 16,064 had married in the previous two years.

Their study is published in the September issue of Social Forces (84:1) and was presented at the 2003 annual meeting of the American Sociological Association in Atlanta.

"We know from previous studies that marriage is less likely today than in the past to be a route to upward social mobility," said Lichter. "Our findings suggest that having children outside of marriage may be part of the explanation."

Examining the marriage patterns of unwed mothers is important, he said, because study after study shows that married women are far less likely to be poor than unmarried mothers. Only 6 percent of married couples with children in the United States live below the government's poverty line, compared with 36 percent of female-headed families, he said.

Rather than promoting marriage, Lichter said, the results suggest that focusing on ways to reduce childbearing outside of marriage would be more effective.

He also said that marriage-promotion policies may prove to be effective, but money may be better spent on promoting employment and educational opportunities for low-income men and women as a better long-term solution to "the marriage problem."

Out-of-wedlock births accounted for one-third of all U.S. births in 2003. Previous studies by Lichter have found that unwed mothers are 30 percent less likely to marry in any given year than their childless counterparts.

The study was funded, in part, by the National Institute of Child Health and Human Development.