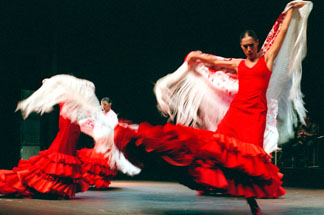 José Porcel began his career in Seville and has performed with some of the world's best dancers on the international stage. El Pais, Spain's most influential newspaper, has described Porcel as having "a stamp that differentiates him from the typical dancer, with his breadth and lean profile, his strong dramatic accent that helps him to command respect on the stage."