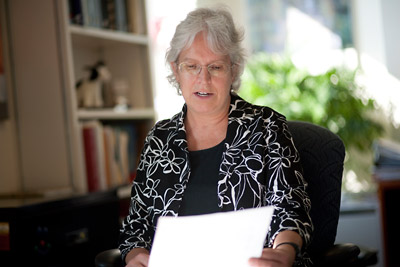 In a comprehensive national study of research doctorate programs sponsored by the National Research Council (NRC), half the participating Cornell University Graduate School and Weill Cornell Graduate School of Medical Sciences graduate fields were included within the top 10 range of rankings on an overall measure, and more than 75 percent are included in the top 20 range.

"This study confirms what most of us already know, which is that the quality of Cornell's graduate fields is outstanding," University Provost Kent Fuchs said. "In addition to highlighting Cornell's many strong fields of study, the survey and its program rankings provide another resource for ongoing efforts to assess and improve Ph.D. programs."

The 2010 NRC study, based on data collected in 2006, compares 4,838 individual research doctorate programs in 62 subject areas across 212 surveyed institutions. It does not give each program a specific numbered ranking overall, but rather produces a range of rankings for each graduate program, derived from 20 key variables. For example, a program that performed strongly on some variables but weakly on others might be assigned a ranking range of 6 to 29, indicating it is among the sixth- through 29th-best programs.

"Our goal, as always, is to understand our strengths and to find ways to improve," said Barbara Knuth, vice provost and dean of the Graduate School. "We will carefully review the results from this exhaustive study to determine how they can be used to improve our ongoing efforts to enhance doctoral education at Cornell, and help continually provide high-quality degree programs across all of our major fields of study."

At the top of the NRC's overall rankings were the Cornell graduate fields of Food Science and Technology (ranked 1 through 11 overall on the R-ranking) and Plant Breeding (ranked 1 through 8 on the S-ranking). Cornell fields within the top 10 range for both rankings included all of the NRC disciplines, with five Cornell fields included in the Physical and Mathematical Sciences, four in Agricltural Sciences, three in the Humanities, two in Engineering, two in the Social and Behavioral Sciences, and one in Biological and Health Sciences.

Given the age of the data, collected four years ago, the 2010 rankings should not be taken as an accurate accounting of current conditions at Cornell but as a benchmark for further improvements, said Knuth.

"NRC data reflects a snapshot of the 2005-2006 academic year. Certain aspects of graduate education at Cornell have changed since then," Knuth explained. According to Graduate School analysis, applications to doctoral programs have increased 5 percent, the acceptance rate has declined from 17 percent to 15 percent, the matriculation rate has increased from 38 percent to 42 percent, and the university has provided more funding for graduate student assistantships and fellowships. The number of Ph.D.s awarded in the social sciences and life sciences has gone up by 10 percent and 5 percent, respectively. Nearly one in five faculty members currently at Cornell were not here in 2005, and the new hires resulted in a modest increase in the number of women and minority faculty members.

Sixty-one Cornell research doctorate programs were ranked in the study, more than any other private institution. University staff contributed data for 63 of the 81 doctoral fields in the Graduate School and seven doctoral fields in the Weill Cornell Graduate School of Medical Sciences. Not all fields fit the NRC criteria, either because they did not match any of the NRC subject area definitions or they did not meet the size threshold needed to participate.

The NRC rankings are available at a new website http://researchdocs.nas.edu/, with research tools to help students find doctoral programs that are most appropriate to their academic needs. For more information on the Cornell Graduate School rankings, see http://www.gradschool.cornell.edu/about-us/nrc-report.