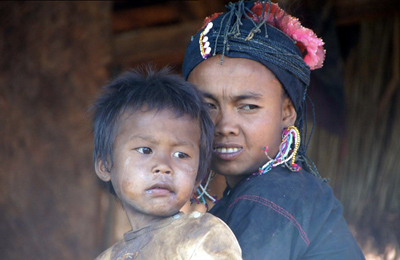 Provided
A scene from "They Call it Myanmar - Lifting the Curtain," a film by Robert Lieberman.

At a critical moment in Burma's history comes the off-campus world premiere of a feature documentary starring Nobel Peace Prize winner Aung San Suu Kyi. One of the few films selected for competition at the prestigious International Documentary Film Festival in Amsterdam, "They Call It Myanmar -- Lifting the Curtain" premieres Nov. 19 with five major screenings.

The film, which was screened at Cornell in May, captures the heart of Burma and puts a human face on one of the most isolated countries on the planet.

Shot clandestinely over a two-year period by novelist, filmmaker and Cornell senior lecturer Robert H. Lieberman, the film includes a rare and revealing narration by Suu Kyi, newly released after 15 years of house arrest. The tale of Suu Kyi and Burma is interwoven with stunning images of a country that has been held hostage and isolated by a brutal and superstitious military regime for 48 years. The result is an evocative portrait of a place that is a mystery to much of the world.

The documentary, culled from more than 120 hours of striking images, is an impressionistic journey across the vastness of Burma. Though forbidden, Lieberman took great risk by continuously filming in dangerous, unforgiving circumstances. "It's remarkable how stunning the images are," says co-producer Deborah Hoard, "considering the tense conditions under which this film was shot."

In pre-screenings in the United States and Europe, people have been lining up around the block for seats.

Lieberman is a longtime faculty member of the physics department and a recipient of John M. and Emily B. Clark Award for Distinguished Teaching. Lieberman's latest novel is "The Last Boy."