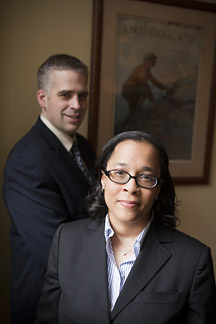 Veterans who have faced combat are more risk-averse when it comes to investing than noncombatants, according to a new Cornell study. As a result, they may struggle to build wealth through long-term investments, the authors say.

Veterans with combat experience were 14 percent to 18 percent less likely than other veterans to invest in such risky assets as mutual funds and stocks, according to the research. There were no differences between the groups, however, in holding safe assets, such as Treasury bonds, certificates of deposit or checking accounts.

The work suggests that traumatic experiences unrelated to the financial sector affect one's investment behavior. Combat veterans appear to be overly cautious and all the worse for it financially, since portfolio choices of stock historically have been critical to economic advancement and building wealth.

"A person's investment decisions often are influenced by many factors that have nothing at all to do with income, wealth, education or the economy. We found that experiencing a trauma or psychological shock can affect your investment behavior -- even when the trauma is not finance or health related," said lead author Vicki L. Bogan, assistant professor of applied economics and management at Cornell's Dyson School of Applied Economics and Management. She added that the results suggest "that veterans' combat experiences are important to consider with regard to determining and managing veterans benefits."

In comparing the investing habits of veterans who said they had faced combat experience with those of veterans who didn't, the researchers controlled for physical health issues and other individual characteristics that have previously been shown to influence investment behavior. The researchers used a 2000 University of Illinois survey that was conducted for a different purpose. Most of the veterans in the sample served in World War II or the Korean or Vietnam wars.

Once veterans come home, education becomes key, Just added. "With education, the effects of trauma go away -- they will put their money in reasonable risks and obtain normal returns. Without that education they will be at a financial disadvantage the rest of their lives. Strong educational support is one key to recovering from combat."