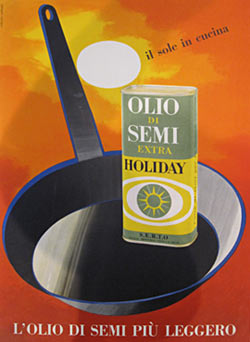 An interdisciplinary conference April 13-14 at Cornell, "The Language of Food," will explore the role of food and its impact on culture, with lectures and panel discussions accompanied by tastings, exhibitions and film screenings.

The conference brings together gradute students and professors addressing the common theme using the different methodologies of their disciplines.

"There's a lot of time built into the schedule so that attendees can engage and mingle," said conference director Diana Garvin, a Ph.D. student in the field of Italian studies. "Hopefully these casual meetings will result in future academic collaborations."

Rupert Spies, a senior lecturer at the School of Hotel Administration who teaches food and beverage management courses, will deliver a keynote, "'To Each His Own Taste': How Culture Influences Cuisine," accompanied by unusual snack foods, April 13, 9 a.m. in the Carl A. Kroch Library lecture room. Food anthropologist Carole Counihan gives a keynote at 10 a.m., "The Language of Food Activism in Italy."

Graduate student Whitten Overby leads a gallery tour, 1:30 p.m. in the Johnson Museum of Art's Study Gallery, of one of three related exhibitions, "Consuming Food in Space: Historical and Cultural Representations of Eating and Drinking."

Garvin chairs an Italian studies panel at 3:30 p.m., "Food as a Site of Coercion," examining how third parties attempt to control and influence what people eat.

"This is about how the political emerges in food," she said. "People think of food as being in the domestic sphere, but you find a concern for food in the highest echelons of government."

On April 14, an anthropology panel, "Food as Celebration and Spectacle," with topics including modern trophy kitchens, actresses and food festivals in Spain, begins at 9 a.m. in 401 Physical Sciences Building.

Following "An Introduction to Affinage" and cheese tasting at 11 a.m., a history of architecture and urban development panel at noon includes presentations on modern milk production; food, politics and gender in the modern Italian kitchen; experimentation and research in architecture and gastronomy; and remodeling the postwar American kitchen.

"The Largest Last Supper," a keynote address by Brian Wansink, the John S. Dyson Professor of Marketing and director of the Cornell Food and Brand Lab, is at 3 p.m. A vintner's panel and wine tasting at 4:30 p.m. will be followed by a 6 p.m. catered reception and beer tasting.

"Consuming Food in Space" continues through April 22 at the Johnson Museum. On display in Kroch Library through April 30: "Italianissimo: Avant Garde Food Advertising" from the Biblioteca Abbazia archives in Parma, Italy; and "Menu Morsels," a selection of 1940s, 1950s and early 1960s menus from the Library's Division of Rare and Manuscript Collections.

The conference is free and open to the public with attendance limited to 75 at each event. Advance registration is required. For registration and information, visit http://www.arts.cornell.edu/romance/LanguageOfFood/events.html.