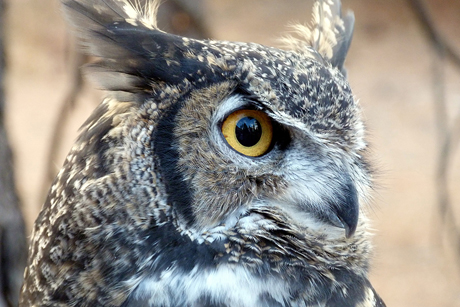 Ruth Baker
The world's largest natural sound library, which is now online, includes sounds from 9,000 species, including the great-horned owl.

After 12 years of work, Cornell's Macaulay Library archive, the largest collection of wildlife sounds in the world, is now digitized and fully available online.

"In terms of speed and the breadth of material now accessible to anyone in the world, this is really revolutionary," said audio curator Greg Budney. All archived analog recordings in the collection, going back to 1929, have and can be heard for free online.

"This is one of the greatest research and conservation resources at the Cornell Lab of Ornithology," said Budney. The collection contains nearly 150,000 digital audio recordings equaling more than 10 terabytes of data with a total run time of 7,513 hours. About 9,000 species are represented. There's an emphasis on birds, but the collection also includes sounds of whales, elephants, frogs, primates and more.

"Our audio collection is the largest and the oldest in the world," explained Macaulay Library Director Mike Webster. "Now, it's also the most accessible. We're working to improve search functions and create tools people can use to collect recordings and upload them directly to the archive. Our goal is to make the Macaulay Library as useful as possible for the broadest audience possible."

The recordings are used by researchers studying many questions, as well as by birders trying to fine-tune their sound identity skills. The recordings are also used in museum exhibits, movies and commercial products such as smartphone apps. 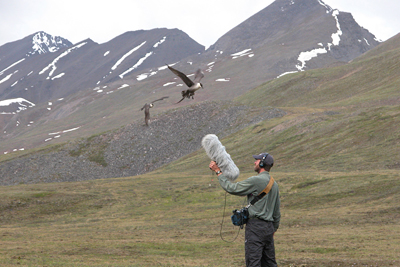 "Now ... the archival team is focusing on new material from amateur and professional recordists from around the world to really, truly build the collection," Budney said. "Plus, it's just plain fun to listen to these sounds. Have you heard the sound of a walrus underwater? It's an amazing sound."

The library of natural sounds includes, for example: