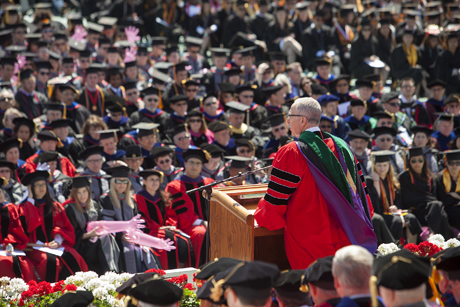 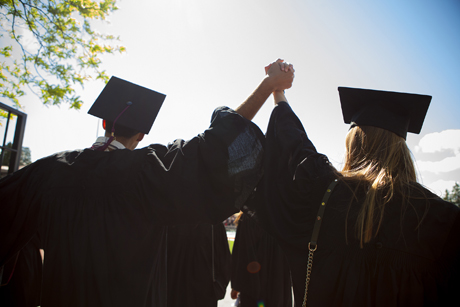 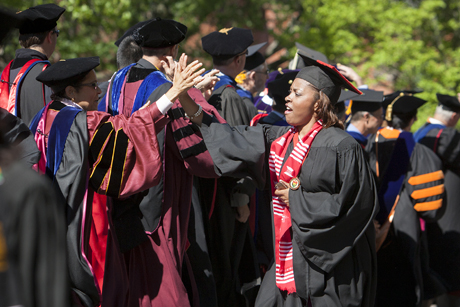 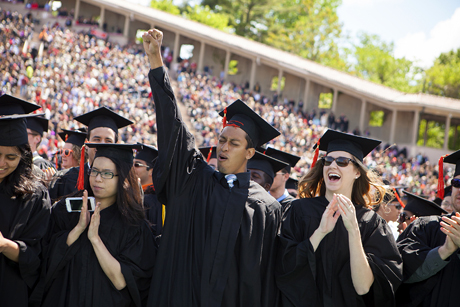 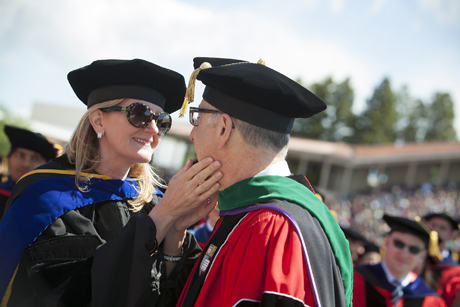 It’s a tough world out there, but graduates can be assured that the qualities and skills they’ve developed as Cornell students will serve them well as they take their next steps, said President David Skorton in his Commencement address.

As per tradition, Skorton offered remarks to the graduating Class of 2013 at the 145th Commencement, held under sunny but unseasonably brisk skies May 26 in Schoellkopf Stadium.

The world faces many challenges, from climate change and global inequalities to violence of all sorts, Skorton said – so much so that it can be difficult to have a positive outlook. And, he added, many of those gathered in Schoellkopf know plenty of recent graduates who have fallen on hard times – underemployment, financial vulnerability and more.

“As Cornell graduates, you are well-equipped for the next step and ready to make a difference,” Skorton said. “Attitude can be as important as aptitude for navigating the waters ahead, so let me remind you of some of the qualities of mind and spirit that you’ve developed at Cornell and that will serve you well.”

Continue to be optimistic, he charged the graduates. A “can-do” attitude can go a long way to achieving goals.

“As Cornell graduates, you bring formidable talents, experiences and intellect to whatever you set out to do,” he said. “Now you need to match that with optimism, focus and effort.”

Savor the present, he told the group, and be mindful of your good fortune, while keeping an eye on the far horizon – not just things that yield the highest return in the short term.

Don’t be afraid to fail, he continued – you can afford to take some risks, particularly at this stage, Skorton said. Anyone who has studied entrepreneurship at Cornell can attest that, whether forming a new organization or a startup, one can learn more from failure than from success, he noted.

Finally, he told the graduates to maintain a sense of empathy and to help others. Events over the past year have led many to wonder about human nature, Skorton said, but even the most horrific events often bring out people’s best instincts.

Even as they are urged to make a difference in their post-Cornell world, Skorton pointed out how much this graduating class has already accomplished during their Cornell careers to “lift the world’s burdens.”

For example, Cornell students advocated on behalf of textile workers who make college apparel to convince Cornell to change procurement arrangements with certain vendors. They worked to improve mental health services on campus. They promoted sustainability globally and nationally, as well as on campus. Cornell students also contributed more than 400,000 hours through the Cornell Public Service Center and other organizations, Skorton said.

“With optimism, forward-thinking and empathy, you can create a meaningful, fulfilling future, and also, a better world,” Skorton concluded. “We believe in you. We are counting on you.”