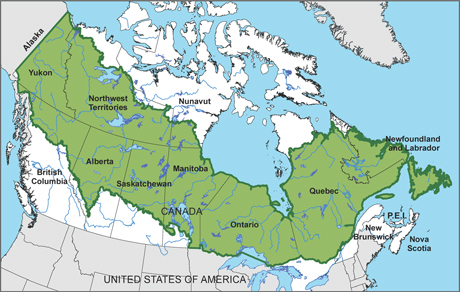 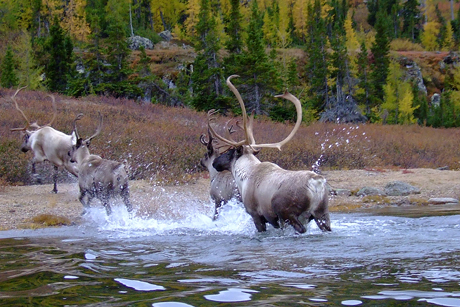 At least half of Canada’s 1.4 billion acre boreal forest, the largest remaining intact wilderness on Earth, must be protected to maintain the area’s current wildlife and ecological systems, according to a report by an international panel of 23 experts.

The goal is to protect these ecosystems before oil, gas, mining and lumber companies develop areas and extract natural resources, which often fragment and degrade previously pristine land, said Jeff Wells, Ph.D. ’96, associate scientist at the Cornell Lab of Ornithology and panel member.

“Elsewhere, [conservationists] are trying to stem the losses by protecting little pieces of land, or by restoring remnants to what they used to be,” by spending large amounts of money after development has already begun, said Wells, who is science adviser to Pew’s international boreal conservation campaign.

The new guidelines for conserving such large natural areas far exceed the previous science-based standard of protecting 10 percent to 12 percent of land to maintain wildlife. New science, including computer models that calculate the minimum amount of land necessary to support many species and their interactions, led to the revised guidelines, Wells said. 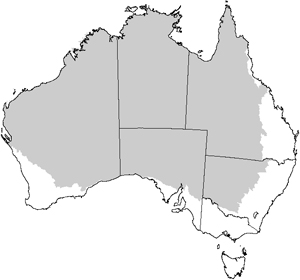 Courtesy of Pew Australia Program
Australia's Outback region is one the largest tracts of wilderness. Input from indigenous groups has led to protection of more than 120 million acres so far.

The report recommends that members of some 600 aboriginal communities in Canada should lead decisions and play major roles in planning where and how to conserve land. In this way, Canada can take their lead from Australia, where 58 Indigenous Protected Areas cover more than 120 million acres – an area larger than California – and employ close to 700 indigenous people in a ranger program. Such programs combine Western science while bringing in indigenous knowledge about hunting areas, sacred sites, key conservation areas and suggestions for economic development.

“Both in Australia and Canada, [including Aboriginal people] has been a critical part of where we’ve seen successes,” Wells said. “The people living on the land are going to be particularly interested in what happens around them.”

Protecting half of Canada’s boreal forest would increase the probability of maintaining populations of large grizzlies, wolves, wolverines and migratory and non-migratory caribou, Wells said. The area also houses the largest lake trout in the world, lakes with very old fish that have been fished out in other parts of the world, some three billion birds, singing voles and freshwater seals, among other species.

There are also concerns that if the forest is destroyed, it could release vast amounts of carbon stored in the boreal forest’s soils and plants, which could amplify global climate change, according to the panel.

The hope is that conservation strategies in Canada and Australia’s outback will provide models for conservation in other parts of the world, said Wells. There have also been discussions of future conferences that might include strategies for conserving Siberian forests, the Amazon rainforest and the Congo basin, which account for other large pristine tracts of wilderness, Wells said.