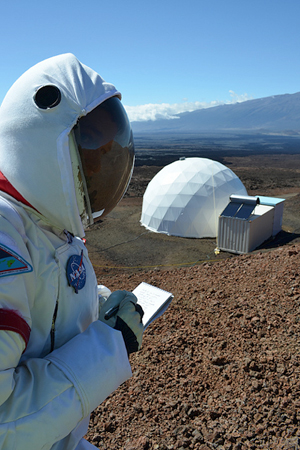 That’s what happened to six “astronauts” who lived in a simulated Martian base on the slopes of Hawaii’s Mauna Loa volcano from April 16 to Aug. 13 as part of a HI-SEAS (Hawaii Space Exploration Analog and Simulation) mission.

The study compared crew-cooked foods and pre-prepared meals and examined menu fatigue; when astronauts tire of foods they eat less and can lose bone and muscle mass. The study also tested whether nutrition, calorie intake and food satisfaction can be improved if crews cooked their own food, and examined the costs of cooking in terms of water, power and workload.

Cornell and the University of Hawaii at Manoa led the project, funded by NASA’s Human Research Program.

Data on how the research participants liked their food, how much they ate and the amount of nutrients they took in could be made public later this year, and those findings may eventually influence which foods are taken on deep-space journeys and how they are prepared.

“The crew were very busy – in addition to maintenance, workouts, outreach activities and detailed measurements for the food study, they completed several research projects,” said Jean Hunter, Cornell associate professor of biological and environmental engineering. Hunter worked on the project with Cornell researchers Bruce Halpern, professor of psychology and of neurobiology and behavior; postdoctoral associate Bryan Caldwell; and Rupert Spies, chef and senior lecturer at Cornell’s School of Hotel Administration. 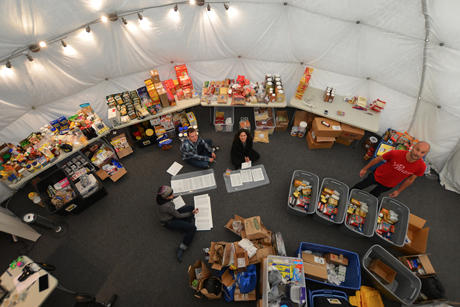 Crew members worked on a study of robot pets and a collaboration with NASA’s Johnson Space Flight Center on whether antimicrobial workout clothes could reduce laundering (astronauts exercise daily to maintain physical fitness and bone and muscle mass). A thermal study, mapping temperature differences within the habitat, will be used to improve energy efficiency and crew comfort on future missions. During outdoor activities performed in space suits and helmets, the crew investigated local geological features and evaluated space suit performance.

Kim Binsted, co-investigator of the HI-SEAS project and a faculty member at the University of Hawaii, has received ongoing NASA funding to answer new questions on team roles and leadership with three new crews at the HI-SEAS habitat site. Cornell researchers will remain involved with the project, collecting additional data on food preparation and resource use, and crew members from the current mission will participate as research collaborators.