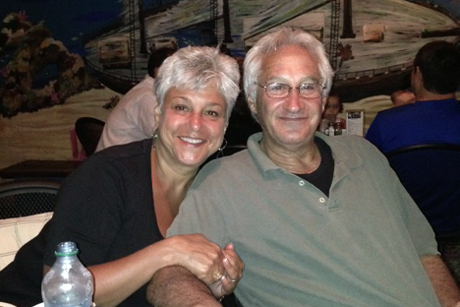 Provided
Alumni Randy and Howard Freedman have created an undergraduate research fellowship program to support travel of four to five students each year for anthropological studies.

A gift from Randy ’75 and Howard ’74, MBA ’75, Freedman to Cornell’s anthropology department will allow undergraduates to undertake research projects across the country or around the globe.

“My hope would be that we help students who, after their research, go make a difference in other people’s lives through acceptance, respect or inclusion,” Randy Freedman said, “regardless of what profession they choose.”

The Freedmans, of York, Pa., have created an undergraduate research fellowship program to support the travel of four to five students each year for anthropological studies. They wanted to fund the fellowship as part of their strong commitment to creating a world where diversity is embraced and celebrated.

The endowment will give students “a concept of other people and other cultures,” Howard Freedman said. “It could involve a student traveling overseas or a student from Montana traveling to Mississippi.”

Randy Freedman studied anthropology and archaeology at Cornell, and earned an MBA in human resource management from the University of Colorado. She said that her training as an anthropologist has become very relevant in her career, which included working in human resources at CIGNA (1983-89) and the National Farmers Union Insurance Co. (1978-83) and as executive director of the York Jewish Community Center (JCC). At JCC, she was among a group of parents concerned about the lack of diversity in the local school district and its impact on minority students. She formed a Department of Diversity Programming at the center, which has grown to offer training programs on bias awareness, from racial and ethnic diversity to religious and gender identity, for educators throughout local school districts.

Nerissa Russell, chair of the anthropology department, said the Freedmans’ gift will help to support a department goal of increasing research opportunities for students.

“We are a fieldwork-based discipline, so students need involvement in some kind of research project to learn what anthropology is all about,” Russell said. “Students who undertake independent research projects learn a lot about their topic, anthropology and themselves – and it really sticks in a way that lectures may not.”

In past years, students have studied, for example, the intersection of religion and secularism in France through ethnography of a charitable organization. The student found that soup kitchens were preferentially located in recently gentrified areas, not in the poorest neighborhoods where they are most needed, highlighting the idea that the kitchens may be more about assuaging middle-class guilt than lower-class hunger. Another student explored the historical and cultural factors that have allowed Kenyan runners to excel, and debunked the myth that it is a matter of genetics.

Randy Freedman received the Central Penn Business Journal’s “2011 Women of Influence” award, was selected as one of York County’s “25 Unsung Heroes” and was recognized for her leadership at the 2008 and 2010 Jewish Community Center Association Executive Seminars.

Howard Freedman, whose undergraduate degree is in industrial and labor relations, has been vice president of merchandising at Ollie’s Bargain Outlet, a closeout specialty retailer based in Harrisburg, Pa., for the past 12 years. He has worked in the retail industry for 38 years, some as an entrepreneur and many with major U.S. retailers. He has served as chairman of Main Street York, of the York County Convention and Visitors’ Bureau and of the York Council of Jewish Charities, and he has served on the executive committee of the National Retail Federation.

“We wanted to donate to a department where there was a greater need and we could have a higher impact,” Randy Freedman said. “We hope our donation will encourage other Cornellians to do the same.”