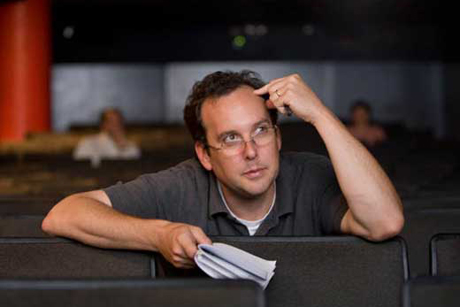 A.O. Scott, chief film critic for The New York Times, will give the Daniel W. Kops Freedom of the Press Lecture Nov. 7 at 4:30 p.m. in Kaufmann Auditorium, Goldwin Smith Hall.

His talk, “Everyone’s a Critic,” is sponsored by the American Studies Program and is free and open to the public.

Scott joined The New York Times Arts section in January 2000 and since 2004 has been the newspaper’s chief film critic, along with Manohla Dargis. A finalist for the Pulitzer Prize in criticism in 2010, he also writes about television, books, music and contemporary culture, and edited “A Bolt From the Blue and Other Essays” by Mary McCarthy (2002).

He began his career at The New York Review of Books. He was a book critic for Newsday and has contributed to Slate, The New Yorker, The Nation and other publications. He co-hosted the television show “At the Movies” in its final year on the air and has been a frequent guest on “Charlie Rose.”

Scott discusses the arts, media and culture as co-host of a video podcast, “The Sweet Spot,” on the Times’ arts blog. He is completing a book on the value of criticism and preparing a collection of his writing on film for publication.

The lecture is supported by the Kops Freedom of the Press Fellowship Program, established in 1990 by Daniel W. Kops ’39, a former editor of The Cornell Daily Sun.