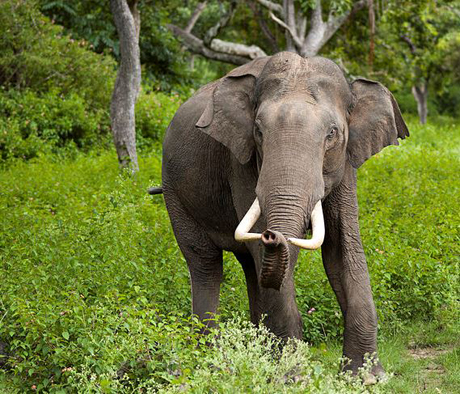 Provided
A Cornell and Smithsonian Institution study published in PLOS-ONE has found that how sperm is collected in Asian elephants matters in preserving this endangered species.

Crushed by habitat loss and poaching, Asian elephants are at risk, and their future rests heavily on captive breeding programs. A collaborative study between Cornell and Smithsonian scientists has found a key clue to why these programs have been difficult to manage. Published in the journal PLOS-ONE in August, their findings could transform how sperm is collected to preserve this endangered species.

Highly varying quality in Asian elephant semen samples have made captive breeding programs difficult. The new study suggests that sperm quality itself is not the problem, but rather that collection techniques do not reliably stimulate all the organs needed to produce seminal plasma, the surrounding fluid that supports sperm function.

“Captive breeding in elephants is extremely difficult,” said study co-author Alex Travis, director of Cornell’s Center for Wildlife Conservation, and faculty director for the environment in Cornell’s Atkinson Center for a Sustainable Future. “Moving elephants isn’t easy. Few facilities are equipped to handle powerful bulls [males]. Ideally we’d move genes around through use of semen samples like in cattle and dog breeding.” 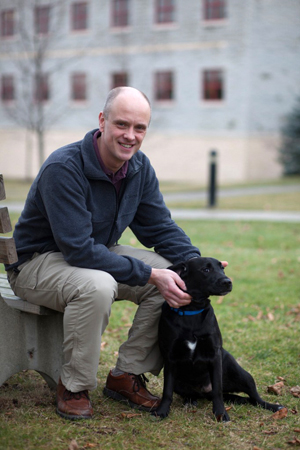 Even samples taken from the same male elephants often vary greatly in motility – sperm’s ability to move. To understand why, Smithsonian scientists Wendy Kiso and Budhan Pukazhenthi collected samples from 21 male elephants, each of which produced both bad (low motility) and good (high motility) samples.

They partnered with Travis and Jennifer Nagashima, the first student in the Joint Graduate Training Program between the Smithsonian Conservation Biology Institute and Cornell’s College of Veterinary Medicine, to compare the good and bad samples from each elephant using advanced techniques in Travis’ Cornell lab. The problem in bad samples turned out not to be the sperm – they looked the same and were present in the same numbers as in good samples.

So the team removed the sperm to examine the seminal plasma, the nutritive brew that helps fuel and protect sperm in the female reproductive tract. Good samples had higher volumes of plasma. They also found that a particular protein showed up in almost all of the good samples and almost none of the bad ones. Using mass spectrometry and immunoblotting techniques, they identified it as lactotransferrin. Lactotransferrin is associated with accessory sex glands, which make seminal plasma.

Elephants’ accessory sex glands are buried deep inside the abdomen. Lactotransferrin’s absence in bad samples taken from the same animals that also produced good samples with lactotransferrin suggests that these organs are not reliably stimulated, leading to discrepancies in semen sample quality.

“This is an exciting discovery because it tells us the problem isn’t the elephants; it’s the sperm collection methods,” said Travis. “This suggests we need to develop methods that can reliably stimulate the accessory sex glands in order to produce high-quality samples. It also suggests that we might one day develop media that could rescue the function of the sperm even if the collection technique didn’t adequately stimulate normal seminal plasma production.”

The study was funded in part by Feld Entertainment Inc., International Elephant Foundation, Friends of the National Zoo and the Baker Institute for Animal Health.