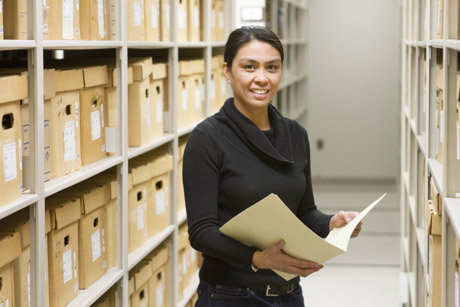 An $83,801 federal grant for digitization of more than 1,500 labor-management agreements from the 1880s to the 1980s has been awarded to the ILR School’s Kheel Center for Labor Management Documentation and Archives.

“Cornerstones in American Middle Class: Historical Collective Bargaining Agreements Project” will digitize 84,000 pages of historic collective bargaining contracts generated in the educational and retail industries in every region of the United States. It includes agreements between groups such as the Meijer supermarket and workers in Grand Rapids, Mich.; schools and teachers in Rochester, N.Y.; and clothing merchants and retail clerks in Oakland, Calif.

The project will result in “unprecedented access and opportunity for historians, social scientists and the general public to analyze the terms at the center of historic and ongoing debates about the role of organized labor in America,” said Cheryl Beredo, director of the Kheel Center. Beredo noted that the center is the designated labor history repository of collective bargaining agreements for the U.S. Department of Labor.

The first step in the two-year project will be moving records from ILR’s Catherwood Library archives to the Cornell University Library’s Digital Consulting and Production Services. In batches, the papers will be digitized and posted periodically on DigitalCommons@ILR, Beredo said. The work will be completed in 2016.

The National Archives grant program is administered through the National Historical Publications and Records Commission, an independent federal agency that preserves and shares records with the public.

Mary Catt is assistant director of communications and marketing at the ILR School.