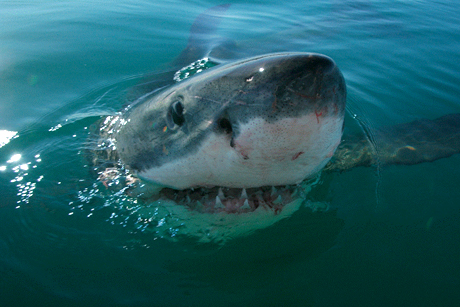 Michael Scholl, Save Our Seas Foundation
Researchers have discovered that many of the shark’s proteins involved in an array of different functions – including metabolism – match humans most closely than they do zebrafish, the quintessential fish model. 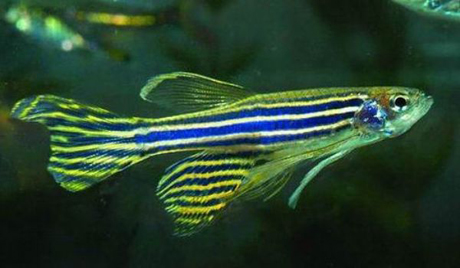 Provided
When great white gene shark genes were compared with humans' and zebrafish (shown here), it was found their genes were surprisingly similar to humans'.

Despite widespread fascination with sharks, the world’s oldest ocean predators have long been a genetic mystery. The first deep dive into a great white shark’s genetic code has fished up big surprises behind a design so effective it has barely changed since before dinosaurs roamed.

Researchers have discovered that many of the endangered great white shark’s proteins involved in an array of different functions – including metabolism – match humans more closely than they do zebrafish, the quintessential fish model.

Michael Stanhope, professor of evolutionary genomics at Cornell’s College of Veterinary Medicine, and scientists at the Save Our Seas Shark Research Center at Nova Southeastern University (NSU) published the study in the November issue of BMC Genomics. It lays the foundation for genomic exploration of sharks and vastly expands genetic tools for their conservation, said Stanhope.

“We were very surprised to find, that for many categories of proteins, sharks share more similarities with humans than zebrafish,” he said. “Although sharks and bony fishes are not closely related, they are nonetheless both fish … [while] mammals have very different anatomies and physiologies. Nevertheless, our findings open the possibility that some aspects of white shark metabolism, as well as other aspects of its overall biochemistry, might be more similar to that of a mammal than to that of a bony fish.”

The study launched when Stanhope and NSU Professor Mahmood Shivji received a Save Our Seas Foundation grant and a rare gift of a great white shark heart. The heart had been autopsied from an illegally fished shark, confiscated by government authorities and donated to their project.

The researchers sequenced the heart’s transcriptome – the messenger molecules produced from the shark’s genome, including those active in making proteins. Then they categorized the proteins, deduced from the transcriptome, based on their functions and found that the proportions of white shark proteins in many categories matched humans more closely than zebrafish. Of particular interest was that white shark had a closer match to humans for proteins involved in metabolism.

“We think this has to do with a rare trait in fish called regional endothermy,” said Stanhope. “Unlike nearly all fish, including most sharks, the white shark can keep body temperature of some organs warmer than the ambient water. This trait is useful for fast swimming, digestion and providing the animal the capability to exploit a much broader thermal regime.”

By comparing transcriptomes of endothermic sharks to cold-bodied sharks and other fishes, the researchers hope to find which genes bestow this unusual ability, while also planning similar transcriptomic studies to understand other distinctive properties in sharks.

“Sharks have many fascinating characteristics,” said Stanhope. “Some give live birth to fully formed young, while some lay eggs. In some species, the embryos eat the remaining eggs or even other embryos while still developing in the uterus. Some can dive very deep, others cannot. Some stay local; others migrate across the entire ocean basins. White sharks dive deep, migrate very long distances and give live birth. We will use what we’ve learned in this species in a broader comparative study of genes involved in these diverse behaviors.”

Because sharks are apex predators, their decreasing number threatens the stability of marine ecosystems, on which millions of people rely for food. This study also increased the number of genetic markers scientist can use to study the population biology of great white and related sharks, Stanhope said, by a thousandfold, from which they hope to further expand knowledge of these fascinating animals, many of which are in urgent need of conservation.