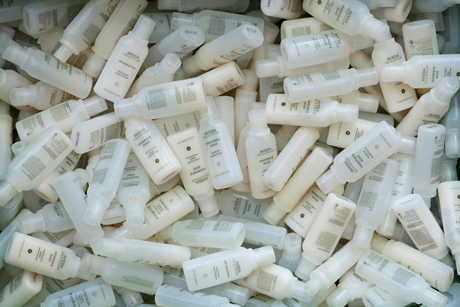 Jason Koski/University Photography
The Statler Hotel has recycled more than 988 pounds of shampoo and lotion and 388 pounds of plastic. The used soaps are melted (and thus sanitized), made into new soap bars and sent to developing countries.

Something we casually throw away can save lives: Since March, Cornell’s Statler Hotel has recycled 2,518 tiny bars of used soap through its partnership with Clean the World, a nonprofit that seeks to bolster better global hygiene. By simply sending this soap to people in developing countries, conditions like diarrhea – a major cause of death among children worldwide – can be alleviated.

“That’s a lot of soap,” says Rebecca Rypkema, director of rooms who has headed the recycling initiative. Clean the World, however, doesn’t limit itself to soap. The program working with Statler also discards shampoo and lotion as waste and recycles their plastic bottles.

Current data shows that, in collaboration with the company, the Statler has recycled more than 988 pounds of waste (shampoo and lotion) and 388 pounds of plastic. The used soaps are melted (and thus sanitized), made into new soap bars and distributed to communities in more than 55 countries.

Diarrhea kills about 760,000 children annually around the world, according to the World Health Organization. This preventable and treatable condition is the second leading cause of death among children under five years old. 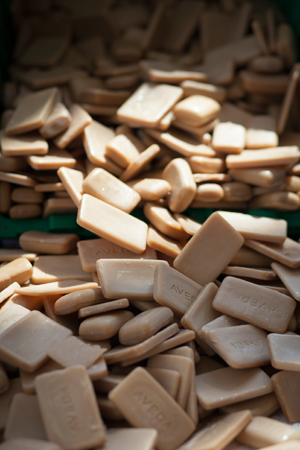 Jason Koski/University Photography
Cornell’s Statler Hotel has recycled more than 2,518 bars of soap through its partnership with the nonprofit Clean the World.

“We have had a great response. Our housekeeping staff is very excited about [the initiative],” Rypkema said.

Roger Soule of Statler Hotel housekeeping said that room attendants separate the soap bars and bottle products into two separate bins. Then, every week the bins are sent to Clean the World, which redistributes the products.

Next semester, Statler plans to be a part of Clean the World‘s “ONE Project,” which distributes hygiene kits to members in the local community. Rypkema said that the hygiene kit, which will be funded by the Statler and packed by students in an assembly line, will include soap, shampoo, conditioner, lotion, a toothbrush, toothpaste, a washcloth and an inspirational note card for people in need.

Clean the World helps more than 320,000 hotel rooms in North America recycle. Since its founding in February 2009, the company has recycled over 750 tons of soap, shampoo and other amenities.

The program provides a solution for the overwhelming amount of unused soap and bottles. “Most guests stay one and a half days, and during that time they don’t use up the entire bar of soap,” says Rypkema.

Soule adds, “I think this is a good program, because at the Statler, we don’t like to throw anything out when it can be reused or recycled.”

Hanna Zdrnja ’15 is a writer intern for the Cornell Chronicle.