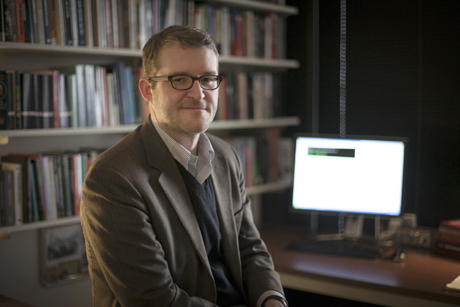 Transitioning frequently between social settings, such as from home to office or changing social roles from parent to employee, can be a particularly stressful daily hassle, says a new Cornell study published in the Social Psychology Quarterly.

The study found “that the more switching you do, the more stressful life is,” says Benjamin Cornwell, assistant professor of sociology in the College of Arts and Sciences. “Leaving one social context and entering a new one forces you to shift mindsets, to think more about what you are doing and saying. You switch from an automatic mode of cognition to a deliberative mode, and you have to shift a whole complex of social concerns, including status issues [and] modes of language.”

Cornwell’s study shows that men and women experience some activities similarly. Time at home, with children and commuting times are not significantly associated with stress for either men or women, the study found. Yet, switching between these contexts is much more closely associated with stress in women than in men. While men are likely to report fewer switches overall, women are twice as likely as men to experience more than 20 switches in a day. Females also were 48 percent more likely than men to indicate extremely high stress levels. The study, “Switching Dynamics and the Stress Process,” used time-diary data from 7,662 respondents to the Bureau of Labor Statistics 2010 American Time Use Survey to track working individuals’ movements (“switching”) between multiple social contexts during a 24-hour period. The survey included subjective questions the National Institute on Aging asked about health and well-being.

A social network analyst, Cornwell speculates that the multiple roles and contexts that working women juggle on a daily basis increase the unpredictability of their everyday lives more so than it does for men.

“Switching is a constant reality for women – morning, day and night – and they switch between more disparate social roles. They go from being at work, which is formal, authoritative and hierarchical, to being at home with a child within a matter of 10 minutes,” he says.

Cornwell’s paper challenges sociological research that assumes that having more social connections, larger networks and a wider range of contacts is beneficial.

“A key paradox of social life is that a rich and supportive social network creates a complex of micro social problems associated with sequencing social interactions, synchronizing schedules and transitioning between contexts. Maybe the secret to understanding health issues like stress is to look at those social connections more microscopically,” he suggests. “It’s not just about how many social ties, or how different they are. It’s about how they are sequenced. This is a new idea in sociological research.”

Cornwell wrote the paper, which was published in May and received no outside funding, as a faculty fellow with Cornell’s Institute for the Social Sciences in 2013. It was recently nominated by the American Sociological Association for “outstanding recent contribution in social psychology.” His findings, he says, have important ramifications for future research on gender and health, and could broaden sociology’s influence on health research.

Lori Sonken is the staff writer at Cornell’s Institute for the Social Sciences.