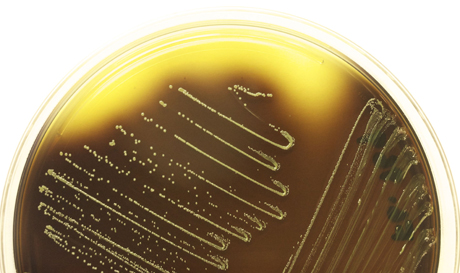 Henk C. den Bakker
The image shows colonies of Listeria cornellensis growing on an Oxford medium, one of the media typically used for isolating Listeria.

Cornell researchers have discovered five new species of a group of bacteria called Listeria – including one named for Cornell – that provide new insights that could lead to better ways to detect soil bacteria in food.

To date, of the 10 previously known species of Listeria, only two are pathogenic to humans; Listeria monocytogenes is the main cause of Listeriosis, which causes illness in hundreds – and death in nearly 250 – people each year in the United States through infected deli meats, seafood and produce.

The new study, published online March 5 in the International Journal of Systematic and Evolutionary Microbiology, suggests that all five new species are benign.

The research was part of a larger study led by researchers at Colorado State University and Cornell to examine the distribution of such foodborne pathogens as Listeria, E. coli and Salmonella in agricultural and natural environments. Samples were taken from fields, soil, ponds and streams in New York, Colorado and Florida. 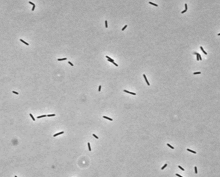 The findings have implications for understanding the evolution of what makes Listeria monocytogenes pathogenic.

“The most recent common ancestor [of L. monocytogenes and closely related nonpathogenic species] was a pathogen, and that makes it difficult to reconstruct the evolution of pathogenicity in Listeria,” said Henk den Bakker, a research associate in Wiedmann’s lab and the paper’s first author. But the five new species add more evidence to the existence of four distinct evolutionary branches of Listeria.

“Now we see the evolutionary tree has a couple of new branches, which gives us a nice dataset to reconstruct what happened on a genomic level during the evolutionary transition from a free living ancestor to a pathogen,” den Bakker said.

“If you find a species that grows at different temperatures, or feeds on different sugars, then running the same test is not a good idea,” said Wiedmann. “This helps us to develop better rational tests that makes our food supply safer,” he added.

Of the five new species, one was named Listeria cornellensis, a rare addition to a small list of organisms named after the eponymous institution where the research was conducted.

The study was funded by the U.S. Department of Agriculture.