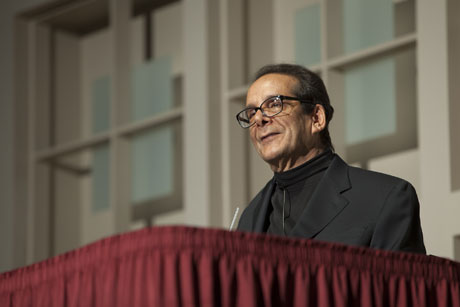 But on March 23, 2010, President Barack Obama made history by signing into law the Affordable Care Act (ACA), a statute supported solely by Democrats. “What makes Obamacare so unique, and therefore so politically toxic for those who passed it, is that they did it on a straight party line. That has never occurred in American history – something of this social importance, something so sweeping to be done on a purely party-line basis,” Krauthammer said.

That the ACA lacked bipartisan support from the start has made it a “terrible liability” for Democrats, Krauthammer said. Liberals will be “tagged as the cause of everything that goes wrong,” he said, whether or not the legislation caused the issue.

He added that he thinks the law oversteps its bounds, and that issues of the uninsured and insufficient plans should have been dealt with “as a discrete issue.” Instead, the ACA has attempted to entirely reform the health care system, leading to what Krauthammer contended are unnecessary additions to the law with “ripple effects” that may negatively affect millions.

“As a result, politically I think it’s quite likely that the Republicans will win the Senate, and I think it gives them a leg up, probably a slight advantage if you had to put down a bet today for the 2016 election,” Krauthammer said.

He said the reform will be short-lived to due to its overambitious nature: “The likelihood that Obamacare will survive [to be] anything like what it looks like now or what it was intended to [look like] I think is rather small. I do think Obamacare is such a clumsy beast that it will simply expire … and then the country’s going to have a true choice between a single-payer system … [and] a free-market system.”

Krauthammer said ACA supporters used the issue of the uninsured “as an excuse for, or as leverage to, revolutionize everything in the health care system." He said Democrats have used a “combination of hype and partisanship” to make Republicans seem “hard-hearted,” particularly on stem cell research early in the George W. Bush presidency.

“The hype was that stem cell research, or what was known as regenerative medicine, was just a step away from relieving the suffering of millions. And the partisanship was the notion that with Republicans in office, conservatives … [who were] attached to the past and anti-science … were holding this back.”

This notion, Krauthammer noted, fits with caricatures of conservatism, such as “people who love to throw orphans into the snow. Especially in winter.”

Krauthammer said that partisanship about stem cell research has been significantly reduced with more transparent information reaching citizens. “So the hype and the anticipation and the cruelly dashed hopes of those who were swindled into believing if you just have the right regulation you get the cure [have diminished],” he concluded.

The talk was sponsored by the Cornell University College Republicans.