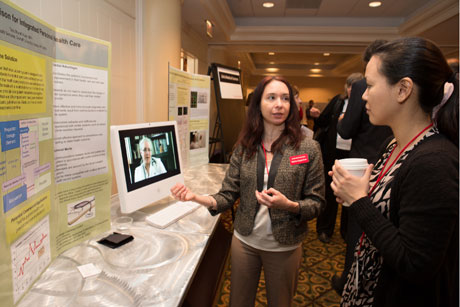 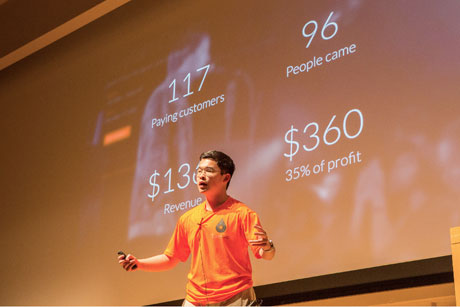 Some 17,000 people will undergo kidney transplants this year. York Avenue Diagnostics won this year’s Cornell Venture Challenge with their business plan to use genetic signatures to monitor kidney health in these patients and provide earlier detection of transplant rejection without an invasive biopsy procedure.

Sponsored by BR Venture Fund, a student-run venture capital fund at the Samuel Curtis Johnson Graduate School of Management, the challenge winners were announced during the universitywide Entrepreneurship@Cornell Celebration, April 10-11.

Winning the Student Business of the Year award during the celebration was Worthy Jerky, all-natural steak snacks developed by Alex Krakowski, Ben Pham, Camille Kapaun, Brenda Margolies, Justin Siegel, A.J. Schonenberg, Laura Stargala and Daniel Yoon, all members of the Class of 2016. They received $5,000 for developing and operating a successful business while pursuing an education.

First place winners in the annual Big Idea Competition, which solicits ideas for potential future business plans, were Dong Ki Kim ’17 and Moonyoung Lee ’15 in the nonprofit or social business category for their Smart Horn, a digital communication system for cars that would limit the transmission of alerts to only the interiors of cars nearby using digital signals. The team received $2,000 and an additional $1,000 via the People’s Choice award.

In the traditional for-profit category, Kevin Kreher ’16, Willie Mendelson ’14, Bryan Dunn ’14 and Kelsey Kruse ’16 won $2,000 for their idea of a personal beverage-cooling device.

RECESS, which co-hosted the Big Idea Competition, selected the Code Problems team led by Daniel Massetti ’17 to participate in  a national business plan competition to be conducted later this year in Las Vegas.

“We believe the reason to do competitions is to educate the students on what it takes to pitch a business and get financing,” said Ralph Terkowitz ’72, general partner at ABC Capital, who served as a Cornell Venture Challenge judge. “There are two audiences – those making the pitch and those listening. [For participating teams] getting feedback to advance a business idea is the most important aspect. The money award is irrelevant for some, but what is learned is invaluable.”

Debra Eichten does marketing and pubic relations for Entrepreneurship@Cornell.