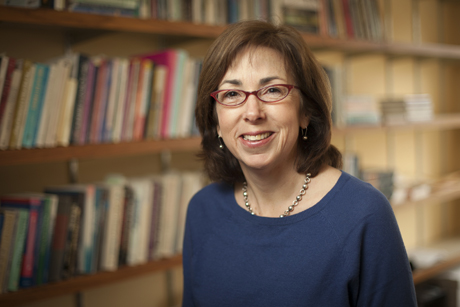 Suzanne Mettler, Cornell’s Clinton Rossiter Professor of American Institutions in the Department of Government, had several culprits in mind when she wrote “Degrees of Inequality: How the Politics of Higher Education Sabotaged the American Dream” (Basic Books, 2014).

Government at the federal and state levels, for starters. And Congress – for enabling for-profit colleges that devour disproportionate levels of federal education aid while dumping debt-laden, degreeless students into an unimpressed job market – catches plenty of blame.

Walking from her White Hall office to libraries on the Arts Quad, Mettler passes Morrill Hall, a reminder of the 19th-century public-policy initiative that began to open the doors of higher education to a broader cross-section of Americans. Following the Morrill Act of 1862, the post-World War II GI Bill put college education within the reach of millions of returning veterans, providing a path to upward mobility (documented by Mettler’s 2005 book, “Soldiers to Citizens: The G.I. Bill and the Making of the Greatest Generation"). Right up through the 1970s “golden age,” when Pell Grants began, opportunities continued to expand.

But that was then.

“After 1980 the nation fell away from this successful trajectory,” she writes. “Student aid policies became less effective in expanding the ranks of college graduates across the income spectrum,” and after the millennium, were sorely in need of updating. “Just when lawmakers began to ready themselves to engage in these tasks, partisan polarization soared and undermined their ability to do so effectively.

“The tragedy is that while public policies in the past helped mitigate inequality and open doors to college to more Americans,” she writes, “today they themselves play a crucial role in segmenting society. … College-going, once associated with opportunity, now engenders the creation of something that increasingly resembles a caste system.”

The government professor thinks “we need to revitalize the partnership between the federal and state governments that long promoted higher education,” noting that in recent years the federal government has, in fact, increased its commitment to students, “but the vast majority of states have declined to uphold their end of the bargain.”

Mettler fears that, as for-profits (once known as trade schools, before appending “university” to their names and advertising on national television) continue to make the cost of student aid balloon, lawmakers may decide programs like Pell grants “are unsustainable and curtail them for all students, including the majority who study at universities and colleges with far better records.”

Other Mettler books include “The Submerged State: How Invisible Government Policies Undermine American Democracy”; “Dividing Citizens: Gender and Federalism in New Deal Public Policy”; and “Remaking America: Democracy and Public Policy in an Age of Inequality.”

When she’s not writing (her latest book took eight years of a “monastic existence,” she says), Mettler is teaching Introduction to American Politics (GOV1111) as well seminars on the Obama Administration and another on public policy and inequality.