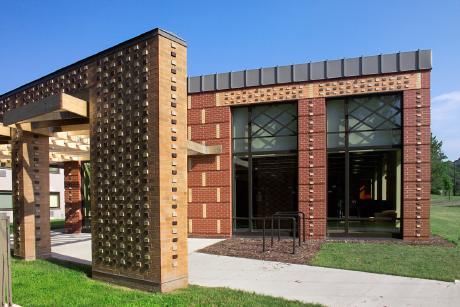 Reuben A. Munday ’69, MPS ’74, and Cheryl Casselberry Munday ’72 have created an endowment to support a distinguished annual lectureship at Cornell’s Africana Studies and Research Center (ASRC). The lectureship will bring a leading scholar of African and African-American studies to the Ithaca campus annually.

The endowment is the first major gift of its kind to the ASRC since its establishment in 1969.

“This is a milestone that celebrates the success and momentum of Africana in the last 10 years, and we deeply appreciate the Mundays’ recognition and enhancement of Africana’s success by endowing this lectureship,” said Gretchen Ritter, the Harold Tanner Dean of the College of Arts and Sciences. She noted that a major hiring drive has brought nationally and internationally prominent scholars in African and African-American studies to the ASRC, including a number of well-known women scholars.

“This lectureship consolidates an exciting moment in the history of Africana studies at Cornell and will further advance its reputation as a national and international hub for African and African-American studies,” said Salah Hassan, Goldwin Smith professor in the College of Arts and Sciences and interim director of Africana studies. “We are very grateful to Reuben and Cheryl Munday for their generous gift and for their unwavering and long-term support.”

“As African-American graduates of Cornell, we felt that it was important for us to support the Africana Studies Center and the Cornell community by bringing to campus renowned scholars in the field of Africana studies,” said Reuben Munday.

This fall, the ASRC will launch the first Ph.D. program in Africana studies in New York state. The first cohort of accepted students represents diverse backgrounds which will enrich the program through their varied perspectives, said Hassan; they include students of Sierra Leonian and Haitian descent, as well as Nigerian-American and African-American scholars.

The ASRC has also recently updated its undergraduate curricula and course offerings and expanded its African languages program. In addition, the ASRC has been renovated and expanded by more than 5,000 square feet, including more space for the John Henrik Clarke Africana Library, faculty offices, four seminar rooms and classrooms, lounge areas for faculty and graduate students, and a large multipurpose room.

Reuben Munday is chairman of the law firm Lewis & Munday P.C. in Detroit, where he has practiced law since 1977. He is a life member of the Cornell University Council and a member of its administrative board.