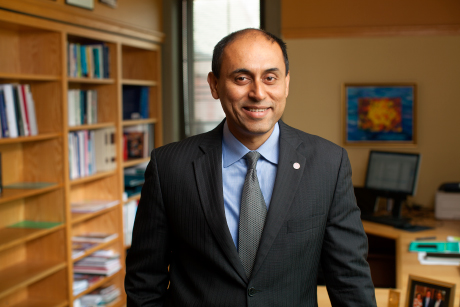 The Global Innovation Index 2014, co-authored by Samuel Curtis Johnson Graduate School of Management Dean Soumitra Dutta, was released in Sydney, Australia, July 18 at the B20 gathering of international business leaders. The report shows European countries as the world’s most innovative and finds encouraging signs from sub-Saharan Africa.

The Global Innovation Index (GII) is a benchmarking tool for business executives, policymakers and others seeking insight into the state of innovation around the world. It is co-published by Cornell University, INSEAD and the World Intellectual Property Organization, an agency of the United Nations.

The study, in its seventh year, surveys 143 economies using 81 indicators to gauge their innovation capabilities and measurable results. 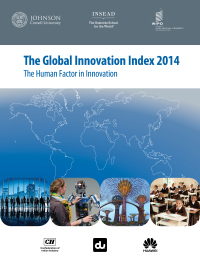 Switzerland, the United Kingdom and Sweden topped the 2014 GII, while sub-Saharan Africa posted significant regional improvement. Switzerland remains the leader for the fourth-consecutive year. The United Kingdom moves up a rank to second place, followed by Sweden. A new entry into the top 10 this year is Luxembourg, ranked ninth. The middle-income economies are led by China, followed by Brazil and India.

The GII 2014 confirms the persistence of divides in global innovation. Among the top 10 and top 25 economies, the rankings have changed but the list remains otherwise unaltered. A divide exists where less innovative economies have difficulty keeping up with the rate of progress of higher-ranking economies, even when making gains themselves. This can be partially explained by their difficulties in growing and retaining the human resources necessary for sustained innovation, which is the focus of this year’s report.

Among low-income countries displaying above-par performance, the sub-Saharan African region now makes up nearly 50 percent of the so-called “innovation learner” economies, defined by the report’s authors as those that perform at least 10 percent higher than their peers for their level of gross domestic product.