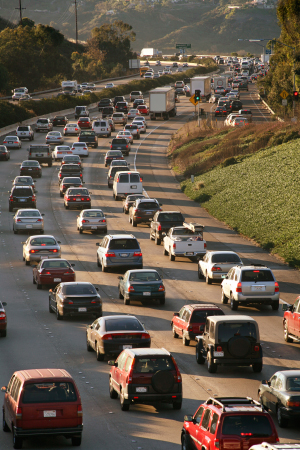 Allowing single-occupant hybrid cars to use carpool lanes – on some of Los Angeles’ busiest highways during rush hour, no less – creates crushing congestion and about $4,500 per car in adverse social costs annually. That includes increased commute times and carbon dioxide emissions, says a new study in the August edition of the American Economic Journal: Economic Policy.

“For commuters, it means further traffic delays, and this becomes a regressive tax on carpoolers – it’s taxing due to their added time,” said study lead author Antonio Bento, associate professor at the Charles H. Dyson School of Applied Economics and Management.

“Well-meaning state legislators in California who tried to spur sales of gas-electric hybrids have unintentionally created a nightmare scenario for carpoolers who use Interstate 10 who are trying to get to work or get home,” Bento said.

The California law was meant to stimulate sales for highly fuel-efficient, ultra low-emission vehicles, with the goals of reducing dependence on foreign oil and saving money at the gasoline pump. Between August 2005 and June 2011, California law allowed owners of hybrid vehicles achieving at least 45 miles per gallon to purchase a Clean Air Vehicle Sticker for $8. This allowed them to drive on carpool lanes regardless of the number of occupants in the car. Instead of spurring sales, two-thirds of the sticker registrants had hybrid cars already on the road.

While adding a single hybrid to any HOV lane at 2 a.m. creates no congestion or social costs, say the researchers, adding one hybrid driver at 7 a.m. on weekdays, to an already congested road such as Interstate 10 appends $4,500 per car in annual costs (in pollution and time) to society. With the addition of solo-driver hybrids on already congested highways, HOV lane traffic climbs above 30 percent beyond socially optimal levels, according to the research. Thus, carpooler congestion costs substantially outweigh the green benefits of hybrids, the researchers have concluded. 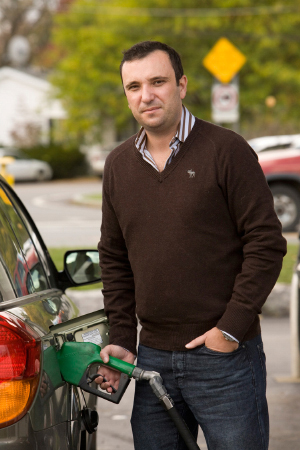 While the original clean air sticker policy expired in 2011, a new HOV-exception program with 40,000 stickers for electric, hydrogen fuel cell, and plug-in hybrid vehicles started in 2012.

The economists offer solutions: Instead of letting the solo-driver hybrids into rush-hour carpool lanes, the state should provide a tax credit for hybrid vehicles, much like the federal government. Also, policymakers could ration HOV access via congestion pricing, which could relieve congestion and improve air pollution. Having commuters use buses “may represent the win-win in terms of pollution and congestion that policymakers were hoping with the CAVS [sticker] policy,” the researchers said in the paper.

Even if vehicles were truly zero emission, policies that promote their adoption at the expense of exacerbating congestion still generate substantial losses of time for high-occupancy vehicle commuters, they explain in the paper.