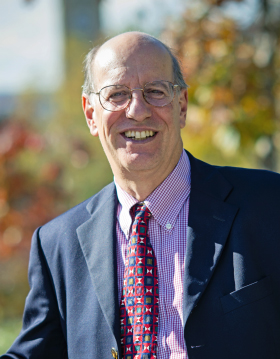 Harry Katz, the Kenneth F. Kahn Dean of the School of Industrial and Labor Relations, has been appointed interim provost, Cornell President David J. Skorton announced Oct. 24. Katz will begin his new position Nov. 14, when Provost Kent Fuchs steps down to prepare for his new role as president of the University of Florida starting in January.

“We are fortunate that Dean Katz has agreed to take on this critical interim role,” said Skorton. “His talents and experience leading the ILR School will bring continuity to the university as we search for our next chief academic officer. I look forward to working with him and President-elect Elizabeth Garrett to advance our academic priorities during this transition.”

The provost acts as the university’s chief academic officer and chief operating officer for the Ithaca campus and all related campuses, including Cornell Tech, and serves as the president’s first deputy officer. The provost oversees all academic programs and units of the university, other than those reporting to the provost for medical affairs. The provost also is responsible for strategic planning and budgeting, tenure and promotion, and academic and research initiatives.

“Harry has demonstrated stellar management skills and instincts during his tenure as dean, all of which will help ensure a smooth transition during our search process,” said Robert Harrison ’76, chairman of the Cornell Board of Trustees.

Katz will serve in his interim capacity until a provost is named. He previously had announced he would be stepping down as dean after his second term ends June 30, 2015, and a search for his replacement at ILR is ongoing.

Garrett, who will become Cornell’s 13th president July 1, 2015, will lead the comprehensive search for a provost. That search will begin in the next several weeks and is expected to conclude by early fall 2015. The search committee membership will be announced shortly.

“I appreciate that Harry has stepped forward to serve at this critical time,” said Garrett. “With his experience managing complex budgets and implementing strategic initiatives, he will play a key role in helping guide the university’s academic mission as we search for Provost Kent Fuchs’ successor.”

“I am honored to serve as interim provost and look forward to working with President Skorton and President-elect Garrett, as well as the senior leadership of the university,” said Katz. “It is important that we continue pressing forward with our strategic initiatives.”

Fuchs said: “Harry’s extensive experience in serving as dean of the ILR School and a respected university citizen will be an asset as interim provost. He has helped lead several university-wide efforts, including the creation of the Department of Economics, and I have every confidence he will be successful in this role.”

As dean, Katz is the chief academic and administrative officer of ILR, which has approximately 60 resident faculty members and more than 950 undergraduates and 200 graduate students. In addition, more than 40 extension faculty members annually serve more than 20,000 workers, managers, union officials and government and labor relations professionals throughout New York. Katz oversees the school’s programs of teaching, research, extension and outreach. He has worked to increase the globalization of an ILR education, offering more international courses, travel grants and international exchange opportunities and internships.

Katz also served on the search committee that led to the appointment of Fuchs as provost in 2009.

In addition to serving as dean, Katz is the Jack Sheinkman Professor of Collective Bargaining at ILR. He joined the ILR faculty in 1985 after teaching at the Massachusetts Institute of Technology. He received his Ph.D. in economics from the University of California, Berkeley.