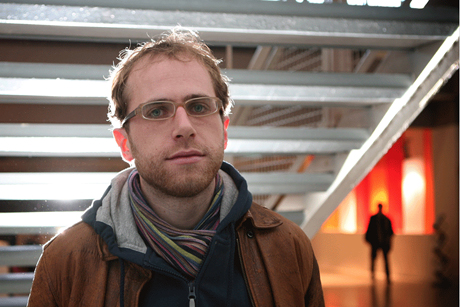 Provided
Filmmaker J.P. Sniadecki will join the Department of Performing and Media Arts faculty in the fall.

In a scene from “Foreign Parts,” Sara awaits a call from her boyfriend, Luis, to say he’s been released from prison. When the call comes, she strains to hear the details amid the clatter created by a worker from a neighboring used auto parts shack, who is dragging a hydraulic hand jack down the dirt street.

Sara and Luis have been living in a van, struggling to make a living selling auto parts and keep from freezing in the Willets Point neighborhood in Queens, which lies in the shadow of the new Mets stadium.

Filmmaker J.P. Sniadecki, who will join the Department of Performing and Media Arts as an assistant professor in the fall, spent two years getting to know Sara, Luis and the other 200 or so residents of Willets Point for his film, which screened March 26 at Cornell Cinema.

“I think there are a lot of situations, places and events that compel one’s attention, that are ripe for cinematic representation,” Sniadecki said of his desire to make the film about Willets Point, where the New York City Economic Development Corporation is taking land by eminent domain for a redevelopment project of retail, hotel, commercial and housing uses.

But rather than create a didactic piece pitting the two sides against each other, Sniadecki and co-director Véréna Paravel created “Foreign Parts” as a way to “allow viewers to have their own sense of the fabric of the place,” he said, “and to gain experiential knowledge of life there.” 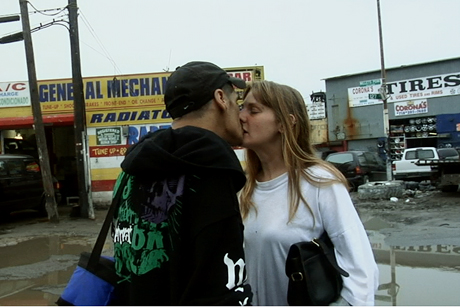 “Foreign Parts” had a weeklong theatrical run at the Museum of Modern Art and won numerous awards, in addition to being screened at other festivals around the world.

Sniadecki, who is finishing a Ph.D. at Harvard University in media anthropology with a secondary emphasis in film and video, studied philosophy and film at Grand Valley State University in Michigan, where he also taught in a prison education program, the Working Classics Program.

After college, Sniadecki traveled around the U.S. and abroad, “washing dishes, driving trucks, teaching in universities and prisons, and taking notes for future films.”

Entering Harvard’s Sensory Ethnography Lab in 2005 gave him the support to create what his travels and work inspired – films that combine anthropology’s deep investigations of places and people with the sensory art of cinema.

His latest work, “People’s Park,” captures a 78-minute period in a bustling urban park in Chengdu, China. That film premiered at the Locarno Film Festival in August 2012 and won several awards before its New York City premiere at the Museum of Modern Art and the Film Society of Lincoln Center’s New Directors/New Films series.

Sniadecki said he looks forward to sharing his views on filmmaking with Cornell students.

“As filmmakers, we strive to listen closely to the world, relinquish our own predetermined goals and expectations, and move beyond conventional framings in order to look more deeply into the present moment,” he said.

Kathy Hovis is communications manager for the Department of Performing and Media Arts.