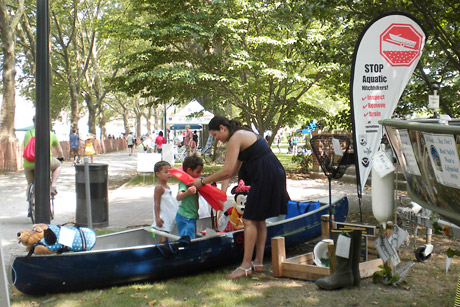 On July 20, New York Sea Grant (NYSG), a cooperative program of the State University of New York (SUNY) and Cornell, expanded its Discover Clean and Safe Boating Campaign into New York City for the first time. The NYSG Extension Program, part of Cornell Cooperative Extension, broadened the campaign's reach to City of Water Day from its point of origin at the State University of New York at Oswego, some 300 miles away.

City of Water Day is the Metropolitan Waterfront Alliance's (MWA) annual effort to engage some 25,000 people at New York's Governor's Island and New Jersey's Liberty State Park with opportunities to become better stewards of the New York Harbor, the lower Hudson River and other surrounding waterways. They do it in part by providing free trips on kayaks, boats and other watercraft. 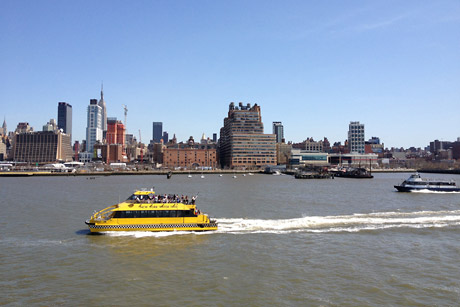 "Three things I like to remind people about are: having the right type of life jacket, the right number – one for everyone on board – and the right size, whether it be an adult, child or pet, such as a dog,” said campaign developer Dave White, senior extension associate with New York Sea Grant Extension and NYSG's coastal recreation and tourism specialist.

Other tips from White:

NYSG, along with some of MWA's other 650 Alliance Partners, offered interactive displays at the festival on Governor's Island. There were also events and activities held at Liberty State Park.

NYSG is part of a national network of 33 university-based state sea grant programs that are administered by the National Oceanic and Atmospheric Administration. Cornell Cooperative Extension programs take university research-based findings and provide practical education to individuals, businesses and communities.