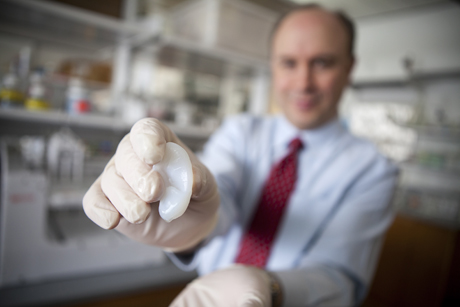 Bonassar and Spector’s artificial ears employ 3-D printing and injectable gels made of living cells. These gels can be used to fashion ears nearly identical to a human ear. The replacement ears could be a novel solution for reconstructive surgeons to help children born with the absence or severe deformity of the ear. The ears could also help people who have lost part or all of their external ear to an accident or cancer.

The method of bioengineering ears is detailed in a study published earlier this year in the journal PLoS One.

Bonassar and Spector have been collaborating on bioengineered human replacement parts since 2007.

The World Technology Awards have been presented by the WTN since 2000 to honor people and organizations working in 20 different categories of science and technology and related fields. The 700 award nominees this year were submitted by former winners and finalists; research by the WTN staff; and from nominations from individuals and companies.