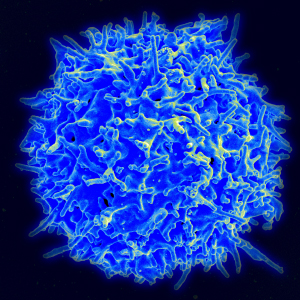 Cornell researchers have identified a type of immune system cell that prevents a patient’s body from attacking donor cells after a bone marrow transplant, a condition called graft-versus-host disease (GVHD).

Such transplants are given in patients with, for example, leukemia or lymphoma or when chemotherapy destroys bone marrow.

In bone marrow transplant cases, doctors try to match the donor’s and patient’s tissue types, but it can be difficult to find an exact match. As a result, patients often need immune-suppressive drugs, which have such side effects as liver and kidney damage and overall immune system deficiency.

Published in April in the Journal of Immunology, the research identifies conditions that regulate these special immune cells. The researchers hope the findings will lead to ways to identify and possibly boost the presence of these cells.

“This study points to a road map for clinicians trying to avoid graft-versus-host disease,” said Avery August, professor of microbiology and immunology, and senior author of the study. Weishan Huang, a postdoctoral associate in August’s lab, is the paper’s lead author.

“If these cells are present, those patients will be protected from GVHD, and if we can boost their presence, we can suppress the disease, I predict based on our mouse studies,” August added.

The researchers are working to identify markers to distinguish these cells from other, closely related CD4+ T-cells. They are in the process of obtaining approval to work with physicians at Weill Cornell Medical College to characterize these cells in human bone marrow transplant patients to find out if they can predict bone marrow graft acceptance or not, based on the presence of these cells.