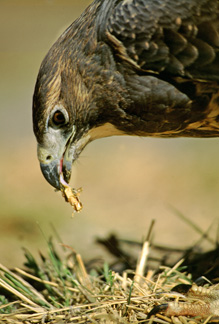 "Think twice before you so blithely swat, stomp, curse or ignore insects," says Cornell University entomologist John Losey. "Most insects are tirelessly performing functions that improve our environment and live in ways that scientists are only beginning to understand."

There's another reason for not swatting. Insects are good for the economy. According to a new study co-authored by Losey, the dollar value of some insect services is more than $57 billion a year in the United States. "Don't let insects' small stature fool you -- these minute marvels provide valuable services," he says.

The study found that native insects are food for the wildlife supporting a $50 billion recreation industry and provide more than $4.5 billion worth in pest control. They also provide crop pollination valued at $3 billion and clean up grazing lands, saving ranchers some $380 million a year.

And these are "very conservative" estimates that probably represent only a fraction of the true value, reports Losey, associate professor of entomology at Cornell, in the April issue of BioScience.

This analysis of the economic value of these insect services is the first of its type, said Losey, who co-authored the study with Mace Vaughan, Cornell M.S. '99, conservation director of the Xerces Society for Invertebrate Conservation in Portland, Ore., which works to protect native insect habitats through education and research.

Insects are an integral part of a complex web of interactions that helps put food on our tables and remove our wastes. Humans -- and probably most life on Earth -- would perish without insects, Vaughan said.

Losey and Vaughan's study focused on the economic value of four particular insect services (wildlife nutrition, pest control, pollination and dung burial), selected because an abundance of robust data were available for analysis.

"A lot of value is added to the economy by insects, but most people just don't realize it," said Losey. "When considering the allocation of conservation resources or the management of natural habitat, we must think about this value to make sure that insects can continue to do their beneficial work.

"We know how to repair roads and other components of our physical infrastructure, but our biological infrastructure is vulnerable to degradation, too," said Losey, who is an applied insect ecologist. "If we do not take care of it, it will break down and could seriously impact the economy."

"In fact," added Vaughan, "in many places -- crop pollination, for example -- the cracks in the infrastructure are already showing." 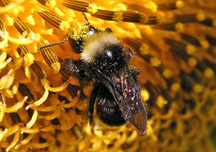 Using published data, Losey and Vaughan compared the values of each service at current levels of function to theoretical levels if these services were absent. For wildlife nutrition, the researchers used census data on how much is spent annually on observing or hunting wildlife, and what proportion of the animals in those categories depend on insects for nutrition. For pest control, they looked at the amount of damage now incurred by pests, and, knowing that 65 percent of pests are controlled by other insects, calculated the losses if predators or parasites weren't going after their prey.

For pollination, they looked at the value of the crops known to be insect pollinated and subtracted the value of those pollinated by domesticated honeybees. For dung burial, they estimated the losses if dung beetles did not clean nearby plants and cattle environments, which would deter cattle from eating the plants and attract more flies and parasites that would have to be controlled. They also calculated how much fertilizer would be needed to compensate for the nitrogen not being returned to the soil so promptly by the beetles.

The analysis did not include such important insect services as decomposing carcasses, garbage and trees (thereby decreasing the likelihood of forest fires); producing honey, shellac, dyes and other products; being used in medicine or as a source of food for animals other than those used in hunting, fishing and birding; and providing a direct source of food for humans.

Based on their analysis Losey and Vaughan call for greater investment in research on the ecological functions of insects so that the services they provide can be conserved or even enhanced.