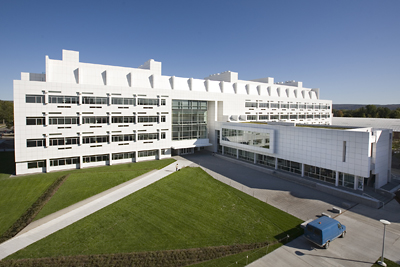 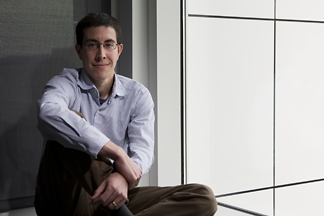 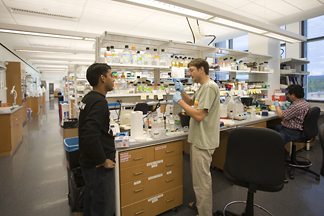 Designers and faculty planners have created the intellectual crucible they once envisioned: a state-of-the-art facility with open, overlapping laboratory areas, light-filled rooms and hallways, a commanding atrium and a high-tech audiovisual facility for presentations and long-distance videoconferencing. And to encourage conversations that could lead to ideas and then to collaborations, parts of various departments are located strategically near each other.

"The space is wonderful," said Scott Emr, director of the Joan and Sanford I. Weill Institute for Cell and Molecular Biology, a key occupant in the $162 million, 265,000-square-foot building. "It's open, it's bright and it's very conducive to collaboration [with its] large open labs that overlap."

There's no question that Weill Hall, among the largest research facilities in New York state, was necessary for attracting and retaining the best faculty in the life sciences. Other universities around the country are taking similar steps to build up their research infrastructures, so the new building is a powerhouse in keeping Cornell competitive in faculty recruitment.

A striking feature of Weill Hall is that its laboratories aren't separated by walls but are arranged in long, open, sunlit rooms that run the length of each floor of the building's south wing as well as one floor of the north wing.

For example, Chris Fromme, a new assistant professor who studies the relationships between structure and function of proteins, has a lab that ends where Emr's lab begins. As a result, he already has become familiar with two of Emr's postdocs.

"I'm only a few months removed from being a postdoc myself," said Fromme, who hails from the University of California-Berkeley. "Within two weeks of being here I already had two collaborations with these postdocs, and that is pretty remarkable." The two postdocs were the two people in closest physical proximity to Fromme, leaving him to wonder how many more collaborations would unfold as he meets more people further down the row and beyond.

"We wanted a facility that was going to foster collaboration and innovations and creativity that we didn't think about 10 years ago," said Stephen Kresovich, Cornell's vice provost for the life sciences. "In the long run, we'll be measured by how that building, as a keystone, impacts life sciences at Cornell."

Cornell's New Life Sciences Initiative has always involved innovation by researchers from various disciplines working together. So, faculty planners decided to promote interdisciplinary interactions by placing parts of different departments on the same floor. The Weill Institute, the Department of Biomedical Engineering, a business incubator (scheduled to open later this year) and select faculty and students from the Department of Biological Statistics and Computational Biology and the Division of Nutritional Sciences all share the building, spreading out across four floors with open lounges between wings to encourage interactions.

Weill Hall's main goal of facilitating research is intrinsic to the design. Each floor of the building's south wing is divided into four distinct rows: One is for faculty and student offices; a second is a card-key-protected, windowless equipment corridor, complete with common-use microscopes, centrifuges, freezers, mixers, cold rooms with shelves and counter space, and dark rooms for processing X-ray film for experiments with radioactive stains; the third, entered through 4-foot-wide doorways, holds support rooms; this leads into the fourth row, a surprisingly quiet area of open laboratory spaces.

The building also has such green features as automatic motion detectors for lights, temperature and air flow that have helped the building earn a gold rating by the U.S. Green Building Council's Leadership in Energy and Environmental Design program.

Weill Institute lies at the very heart of the New Life Sciences Initiative. Fittingly, the institute has the strongest presence in Weill Hall and fills the south wing on three floors.

The institute focuses on advancing the understanding of how cells work, including such aspects as signaling, membrane trafficking -- how proteins are shuttled across cellular membranes (an area in which Emr is a world leader with his use of a yeast cell model) -- and how a cell is shaped and internally organized (the area of expertise of Weill Institute Associate Director Anthony Bretscher).

"The institute represents efforts to address fundamental problems in cell biology using the latest technologies and the most amenable model organisms," said Emr. "We're doing studies with flies, with worms, with yeast. The basic biology of a yeast cell is the same as the basic biology of a human cell."

The institute's directors and advisory committee members are working with academic departments to hire a total of 10 faculty members. Three assistant professors (including Fromme) and one research scientist arrived in August. Emr and colleagues have just posted job descriptions for two more hires.

The biomedical engineering department used to be housed in 12 buildings across campus but has now moved almost in entirety to Weill.

"It's tremendous for us to all be in the same building," said Michael Shuler, professor and chair of the biomedical engineering department, which seeks to use engineering methods and tools to understand the human body and to design therapies, devices and diagnostics for improving human health.

The department may also be one of the most collaborative on campus, with every faculty member working on at least one joint project with a colleague at Weill Cornell Medical College, and some juggling as many as five joint projects. To carry those projects forward, some of the department's faculty members are eager for Weill Hall's business incubator, the Kevin M. McGovern Family Center for Venture Development in the Life Sciences, to open later this year.

The department also has a strong presence in the low-vibration imaging facility located in Weill Hall's basement. The facility is set on separate concrete slabs with a seam to reduce vibrations that can interfere with extremely sensitive imaging equipment.

The H. Laurance and Nancy Fuller Learning Center provides state-of-the-art videoconferencing and presentation capabilities that are not available elsewhere on campus. In fact, it has "the most advanced capabilities to connect with the medical college," said Greg Bronson, technology project leader for classroom technologies at Cornell Information Technologies. The center's main offerings include two high-tech conference rooms freely available to Weill Hall users and for an hourly rate to other Cornell departments. "These rooms were designed with knowledge of where the technology is headed," added Bronson.