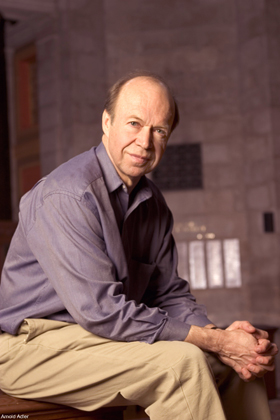 His talk, "Global Climate Change, What Must We Do Next?," is free and open to the public.

Hansen is best known for his testimony on climate change to congressional committees in the 1980s that helped raise broad awareness of global warming. He heads the NASA Goddard Institute for Space Studies in New York and serves as adjunct professor of earth and environmental sciences at Columbia University's Earth Institute.

An active researcher in planetary atmospheres and climate science for nearly 40 years, he was trained in physics and astronomy at the University of Iowa. His early research on the properties of Venus' clouds led to their identification as sulfuric acid. Over the past 30 years, he has done research and computer simulations to understand the human impact on global climate. His book, "Storms of My Grandchildren," was published in 2009.

Mark Lawrence is the Web and communications manager for the Center for a Sustainable Future.